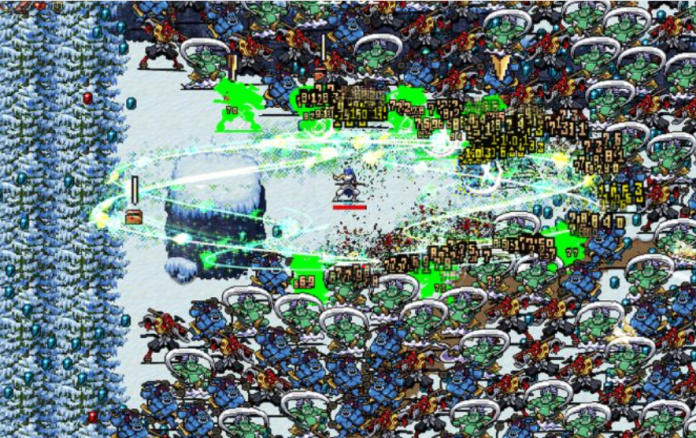 The first full—fledged addition for Vampire Survivors will be released at the end of this month, and Legacy Of The Moonspell – until the end of December.

The expansion will also introduce Vampire Survivors’ “biggest stage” with Mt Moonspell. The new level is an “extensive map with several different environments, each with its own challenges and inhabiting monsters! This stage includes an abandoned castle, a snow-covered mountain and a village teeming with youkai.”

“Legacy Of The Moonspell” will also present “some hidden secrets for the curious, but we can neither confirm nor deny the presence of vampires…”

Steam listing continued: “A clan has fallen in the eastern lands. Moonspell, once vigilant guardians of a magical valley hidden in the mountains, were captured by hordes of Youkai and they. Although this hive of spectral activity is treacherous, it may provide a clue to the vampire’s whereabouts. If not, then at least it will be fun to defeat thousands of wayward spirits in the process.

Legacy Of The Moonspell will be released on December 15.

In a four—star review, NME wrote: “Vampire Survivors is one of the best games of the year, let down only by a weak soundtrack and somewhat confusing graphics. Go through them and it’s the perfect lunch game offering short and enjoyable runs that will consume your whole life if you let it.”

Vampire Survivors also took third place in the list of the 20 best games of 2022 according to NME. “Since every game ends at the 30th minute with the appearance of an unkillable big villain, the game constantly pushes you forward: be aggressive, experiment, learn and improve. If you think Vampire Survivors doesn’t look good, you just haven’t played it yet.”

From other news: The “legendary” Dwarf Fortress has finally been released, and an updated version of the role-playing simulator game quickly topped the Steam charts.