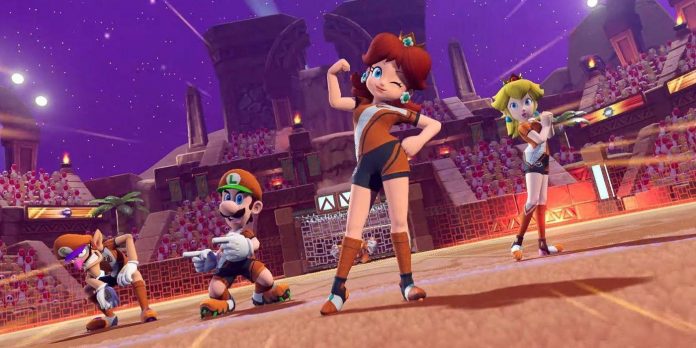 Mario Strikers: Battle League is finally adding the long-awaited Princess Daisy to its first free DLC update, but some fans think it should have been from the very beginning. Last month, Nintendo and developer Next Level Games released the third and final installment of the Mario Strikers soccer series for Nintendo Switch, in which Mario and his friends lead their own soccer teams to challenge each other in intense and colorful matches. with bonuses and other antics. Players can compete in both single and online mode, and Mario Strikers: Battle League builds on the foundations of its two predecessors with a new “Hyper Strike” attack that gives two points for one goal.

Related: Why Daisy Isn’t in Mario Strikers: Battle League (Yet)

As mentioned earlier, the lack of first-day content in Mario Strikers: Battle League was a blow to a colorful game with solid arcade-style gameplay. In addition to fewer characters than in previous Mario sports games, Battle League lacks a story—driven adventure mode or unique interactions between characters – features that would bring more charm and personality to a boring single-player experience. This sense of incompleteness is hardly new for Nintendo, which has been criticized for releasing games like 2018’s Mario Golf: Super Rush, with minimal character rosters that were later augmented with DLC.

The Last Kingdom Season 5: When the final installment of the...