Home Entertainment The first Direct in 500 days, the Virtual Console 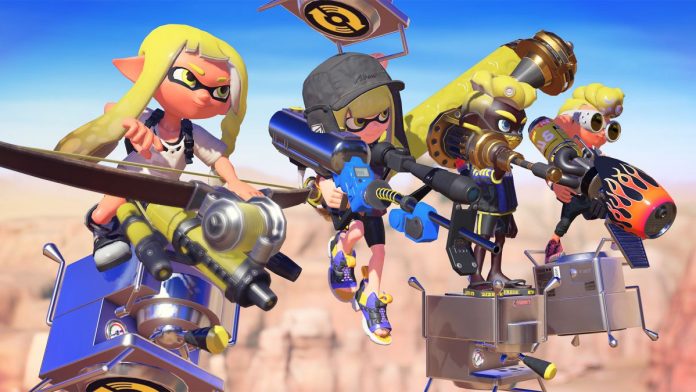 Nintendo returned to the format of presentations and long announcements, but left names that have been expected for too long.

Just a week ago I wrote asking what was there after 3D World. And Nintendo, as if answering directly – in fact, pure chance – announced a Nintendo Direct, the first in more than 500 days, to launch a battery of no less ads. If we stick to the bulk numbers, we find about thirty names on the table. The response to the column from seven days ago was clear. There was room for an unexpected surprise, like Splatoon 3, or the soon arrival of another name that was not seen coming: Mario Golf. But there were also – again – too many important absences. And many days go by.

We were told that it would be a Direct focused on 2021 games, and therefore we began to leave behind hopes of names like Bayonetta 3 and Metroid Prime 4. But when titles and proposals for 2022, such as Project Triangle Strategy, were seen, the fusion between Octopath Traveler and Final Fantasy Tactics, we are left on the wrong foot. The same with the aforementioned Splatoon 3, intended for next year. Why are games announced for 2022 and titles released in 2017 and 2019 missing in action?

Especially surprising was the case of The Legend of Zelda. Today Sunday marks the 35th anniversary of the start of the saga in Japan, and the presence of a Direct just this week made us think the biggest. Networks and forums were prepared for it. Was Nintendo really not aware of the date set? If it was, it didn’t seem like it. Aonuma came to the fore to say that from Breath of the Wild 2, nothing at the moment. That will come. And then we were introduced to Skyward Sword HD.

Skyward Sword was expected, but not as the only announcement and at a novelty price, even more expensive than the HD revisions of Wii U

An expected announcement for several reasons, the main one: it was the only Zelda desktop in 3D that had not been reviewed. But expectations fell on deaf ears. Those of us who were expecting a pack with the Wind Waker and Twilight Princess HD for Wii U, we saw that the thing would not go there. And what might seem like a good advertisement – Skyward Sword and its artistic section deserved a high definition version – ended with the staging of a game from 10 years ago, with hardly any news announced at a new game price. The final investment-cost-price balance is highly debatable (and the highly justified criticisms of the price have not been long in coming). And as in Mario 3D All-Stars, it is not about talking about the quality of the game, but about how it returns. We were delusional in thinking that the three HD Zeldas could come in a single pack.

All this brings us back to decisions made with Switch that are difficult to understand. Today we can turn on our reviled Wii U and find within it the possibility of playing almost the entire Zelda saga. From originals to Nintendo 64, through Game Boy and DS, compatible with Wii discs and with HD revisions of Wind Waker and Twilight Princess. If we go to Nintendo 3DS, we can play the entire saga, including the revisions of Ocarina of Time and Majora’s Mask, except of course the last three 3D games on the desktop.

Not having Virtual Console is clearly a blunder and a void for the player, who sees how the offer on Wii U or 3DS lived up to the legacy of Nintendo

And while this is possible on Wii U and 3DS, on Switch we don’t have access to the series until further notice. They are not in Switch Online except for some, we cannot buy them because the Virtual Console does not fit into the hybrid console strategy and the possible packs, remakes or revisions are either not there, or they are in a drawer.

I think I have no doubts that Zelda will have more representation for this 35th anniversary of the saga in the coming months. But I am clear that the moment was now, not later.

And all this does not mean that the return of the Direct is good news, that in summer we will have a huge number of games for Nintendo Switch and that, yes, Splatoon 3 has a year of release but Bayonetta 3, Metroid Prime 4 and Breath of the Wild 2, not yet.

Forza Motorsport Next Generation Gets a New Trailer and Gameplay Presentation...