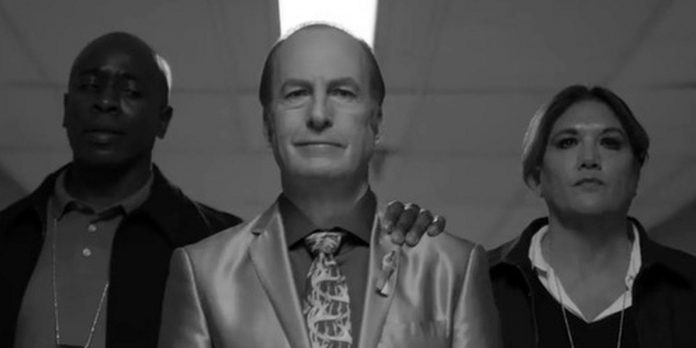 It seems that the viewers of “Better Call Saul” were looking forward to the final fate of everyone’s favorite criminal lawyer. After more than seven years of waiting for what would eventually happen to the most famous sleazy lawyer on television, the series finale paid off for both fans and AMC.

According to Deadline, the finale of “Better Call Saul” became the most watched episode of the show after the tenth episode of the third season called “Lantern”. Moreover, the finale garnered more views during its last episode than the season 3 finale.

According to Deadline, “the finale of the series “Better Call Saul” last week became the most watched episode of the season with 2.7 million viewers on the AMC channel, according to the Nielsen Live+3 rating. The episode also averaged 1.1 million views among adults.” Demographics 25-54 … When viewed live+ on the same day, the series finale on August 15 became the most watched episode on AMC after the Season 3 finale on June 19, 2017, which attracted 1.8 million viewers.” Deadline also emphasized that the number of viewers of the last season of the show has grown over time. “The last season of Better Call Saul averaged 2.2 million viewers per episode in the Nielsen Live +3 rating. The audience grew by more than 70% each week from L+SD viewers to Live +3 during the season in total viewers and both demos.”

Considering that the finale of the series “Better Call Saul” also seemed like another “Breaking Bad” send-off, it would be logical if more viewers tuned in to see the fates of some of the characters they have become attached to since 2015, and also see how some other characters from the predecessor “Better Call Saul” are doing all these years later. The finale still left some unfinished questions that viewers will never close, but some stories are better left untold. In addition, they were far from the most important storylines.

What made the finale of “Better Call Saul” so memorable is that the climax of the show, in general, has already happened. The finale was mostly about the consequences of what was going to happen at the end. As much as the audience loved Saul Goodman, the show had to end either with his death or with him being sent to prison. Despite the fact that the show showed why viewers should like someone like Jimmy McGill, the finale also reminded fans that he did terrible things contrary to the law. While the show doesn’t end on a high note, it shows its viewers that no matter how far Saul Goodman went in his misdeeds, Jimmy McGill, after all, still had strong enough moral principles to confess when the opportunity presented itself to cut another corner.

Another nuance in the finale was that McGill couldn’t do it on his own. What prompted him to eventually confess his crimes was, first of all, to demonstrate to Kim Wexler, the love of his life, that he was still the man she once fell in love with. The fact is that Jimmy has always been Saul Goodman, but he had two pillars that did not allow him to adopt the image of a conman — Kim and Chuck. Once those two were out of sight, no one would be able to stop him from being who he was naturally. Since Kim meant more to Jimmy than his freedom, he was willing to grit his teeth in the end if it meant keeping his soul mate. Even if he will never be free, Jimmy McGill eventually proved that his moral values mean more to him than robbing another sucker.

Currently, “Better Call Saul” can be streamed on Netflix.

Fire Emblem: Three Hopes — a guide to the character of...