Home Entertainment The finale of Obi-Wan missed the review of the most epic battle... 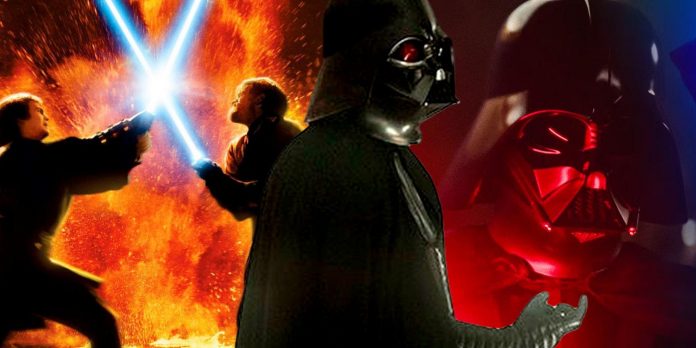 Attention! This article contains spoilers for the first season of Obi-Wan Kenobi.

The battle of Darth Vader and Obi-Wan in the 6th episode of Obi-Wan Kenobi was an epic moment, but it lacked one key ingredient that could make it even better. See how former Jedi Anakin Skywalker (Hayden Christensen) going up against Obi-Wan Kenobi (Ewan McGregor) again was special, especially for people who liked the George Lucas prequel trilogy. However, even though it was a great sequence, Anakin and Obi-Wan’s reunion could have been even better with one change.

Anakin Skywalker and Obi-Wan Kenobi first fought in Star Wars: Episode III — Revenge of the Sith. This fight was on the lava planet Mustafar and was set to fantastic music by John Williams with a track called “Battle of Heroes”. The music also flowed into the battle between Yoda and Emperor Shiv Palpatine, which eventually turned into the track “Duel of the Fates”, the famous soundtrack that accompanied Obi-Wan and Qui-Gon Jinn’s battle against Darth Maul in Star Wars: Episode I. – A ghostly threat. Obi-Wan Kenobi usually distanced himself from using Williams’ score, although composer Natalie Holt tried other themes, such as the Princess Leia motif, “Imperial March” and the theme of Power.

Related: Why Obi-Wan Kenobi is called a “General”

It was a mistake not to use the “Battle of Heroes” in the rematch between Darth Vader and Obi-Wan. If this fragment had been used, it could have increased the excitement and tension in the scene and made a direct reference to “Revenge of the Sith”. The battle was an incredibly emotional moment, with both McGregor and Christensen selling the strong feelings that Vader and Obi-Wan had for each other. If their lightsaber battle had been accompanied by a “Battle of Heroes”, this scene could have been even more spectacular.

Why “Battle of Heroes” would Be the Best Callback

It made sense for Holt not to use the iconic piece of music in Obi-Wan and Darth Vader’s first fight in episode 3 of Obi-Wan Kenobi. Kenobi was disappointed and disconnected from the Force, which is why Darth Vader was able to destroy him so easily. However, since their second battle involved both a Jedi master and a Sith lord on equal terms, music would be a very appropriate response. In addition, the good side of Anakin Skywalker appears briefly in this scene, demonstrating Vader’s inner conflict. Since Anakin’s bright side was present, using the music that accompanied his last appearance before his complete transformation into Darth Vader would be incredible.

The lack of a “Battle of Heroes” was even more confusing, as Obi-Wan Kenobi’s 6th episode had many other themes of past “Star Wars”. Holt’s restraint in using the Vader theme (“Imperial March”) until he finally gave up on his Jedi, Anakin Skywalker, was an amazing idea. However, she had to do the same for the “Battle of Heroes”. In this scene, Ben Kenobi and Vader were moving from their prequels to the original trilogies, so even choosing a theme would be an amazing moment. Seeing Obi-Wan fight Darth Vader in such an emotional manner was nevertheless very impressive, but the scene could have been even higher if Obi-Wan Kenobi had tried John Williams’ “Battle of Heroes”.