Home Entertainment The file size of NBA 2K 23 is ridiculous 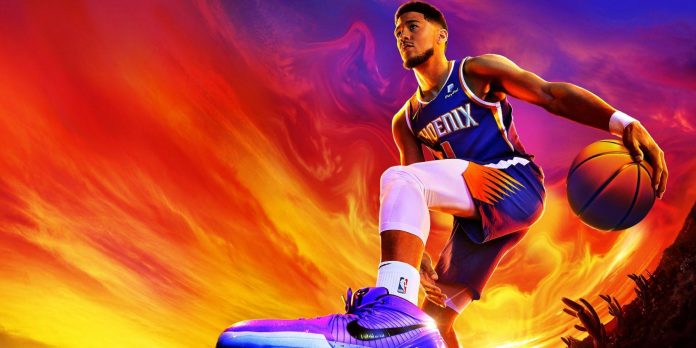 The file size of NBA 2K23 is getting out of control, especially on new platforms like PlayStation 5 and Xbox Series X. NBA 2K23, released earlier this month, received mostly positive reviews, although still far from the height of the franchise. The game was mostly well received by fans, although there is one problem that some disagree with, and that is the absolutely gigantic file size of the game.

The NBA 2K23 version for Xbox Series X requires “about 152.02 GB” of disk space. They say that on the PS5 the file size is about 143 GB. The file size is much more convenient on PS4 and Xbox One. On PS4 it’s about 47 GB, and on Xbox One it’s about 95 GB, which is still quite a lot, but preferable to the Xbox Series X counterpart. Meanwhile, the Nintendo Switch version of NBA 2K23 has a size of about 52 GB, making it one of the biggest games on the platform in terms of file size.

Video game file sizes have gotten out of control in recent years, and it doesn’t look like the problem will go away anytime soon. Fortunately, gamers with limited memory have hope. Some games have received updates that have actually reduced their absurdly large file sizes. The update for the battle royale of Call of Duty: Warzone is known to have reduced the file size of this game, so it’s possible that NBA 2K23 could get the same, although fans shouldn’t hold their breath.

While not impossible, it’s unlikely that NBA 2K23 will get an update that will reduce the file size. In fact, it is quite possible that new content will appear in NBA 2K23 that will make the file size even larger, so fans should keep this in mind by managing their console storage accordingly.

It will be interesting to see what the size of the NBA 2K23 file will be on mobile platforms when this version of the game is launched. While NBA 2K23 is readily available on PC and traditional consoles, mobile versions of the game are also in development and should be launched for Android and Apple Arcade devices on October 18. There is much less space to work on mobile devices than on other platforms. and so it goes without saying that NBA 2K23 will be much smaller on Android and iOS, but at the time of writing this article, it’s hard to know details about these versions and their file sizes.

NBA 2K23 is already available for PC, PS4, PS5, Switch, Xbox One and Xbox Series X. Android and iOS versions will be launched on October 18.

Analysis Of Grand Theft Auto: The Trilogy – The Definitive Edition.