Home Entertainment The fight of the Godskin duo of the Elden Ring player ended... 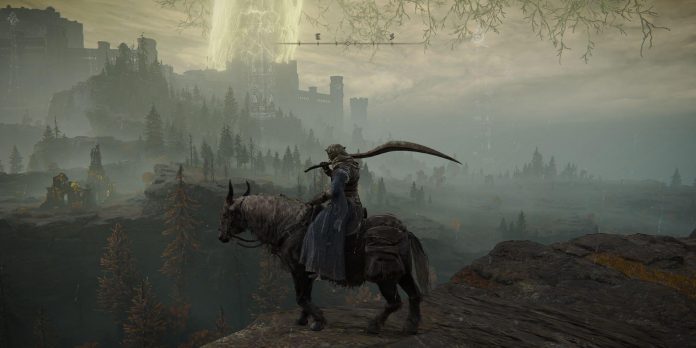 Elden Ring has exceeded the expectations of everyone in the gaming world, including fans, developers and critics. The name FromSoftware is considered the main contender for the “Game of the Year” award by many media and experts. Moreover, Elden Ring continues to enjoy commercial success even six months after its release and is currently the best-selling game of 2022. In many ways, this success can be explained by the huge open world of the game, which rewards research and numerous terrifying enemies.

Among these enemies are about 150 bosses scattered across The Lands Between, who challenge players at every turn. Gamers often spend countless hours defeating these bosses, which makes winning more enjoyable. One of the most difficult bosses in Elden Ring is the Godskin Duo, which is a mandatory boss that players must defeat in order to advance through the story.

The battle with the Godskin Duo boss in the Elden Ring is often considered the most annoying, as many of their attacks cannot be blocked. Reddit user Glass-Classic2227 took part in one of these battles, where they almost defeated the duo, but saw a disappointing climax. A user uploaded a video showing their unsuccessful meeting with the boss of the Elden Ring. In the footage, the user’s health bar is full, and he also has an extra bottle of crimson tears. Meanwhile, only the Noble God is left of the duo, and his health bar is almost empty. In addition, the Knight Bernal, who was summoned by the NPC, is still alive, and he has more than half of his health left. It seemed that Glass-Classic2227 had taken control of the fight and would soon emerge victorious.

Sometimes the game just hands you an L from Eldenring.

However, things go awry when a Noble God-God makes a sensational comeback by performing a Divine Skin Wheel attack that sweeps away everything in its path. The Elden Ring boss rolls over Glass-Classic2227 three times, biting off a huge chunk of their health bar with each successful hit, eventually killing them. The post quickly attracted the attention of the Reddit community, which gained more than 2,000 votes in less than 24 hours. As can be seen from hundreds of comments, people were surprised and somewhat sympathetic to Glass-Classic2227’s attempt to kill the Godskin duo.

For those who don’t know, Godskin Duo is a must—have boss battle in the Crumbling Farum Azula region in the Elden Ring. The duo consists of the Noble Mantis and the Apostle of the Godhead, with whom the player must fight at the same time. Instead of a separate HP for each of them, they both have a common health scale. In this fight, players must carry soporific or bleeding weapons, as the Godskin duo is vulnerable to both.

Guardians of the Galaxy Will Feature Songs From Kiss, Iron Maiden...