Home Entertainment The female analogue of Spawn has an absolutely wild origin from the... 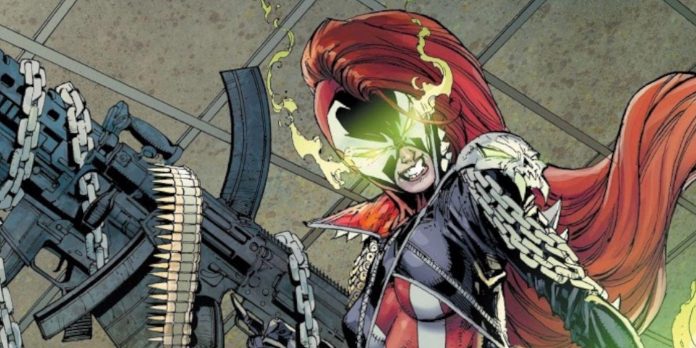 Although Todd MacFarlane’s Spawn is one of the most popular characters in the history of independent comics, he is not the only Hellspawn in existence. Many used the powers of Hell to fight the forces of darkness in the Spawn Universe, for example, various characters named the Spawn Woman.

Recently, the main Spawn name and its offshoots have brought more Hellspawn into the fight in addition to the main character Al Simmons. There is Gunslinger Spawn, an old Western criminal avenging the death of his family. Also reappearing after years of absence is Medieval Spawn, a knight currently associated with writer Mark Rosen. And then there is the current She-Spawn, who regularly appears in the spin-off Spawn The Scorched. However, the character’s story goes far back in time, starting life in the most unexpected places.

The first She-Spawn appeared as part of the series 4 line of Spawn figures from McFarlane Toys. This unexplained character has never appeared in any of the previous comics or other media. The only information about her comes from the biography of the figure on the back of her blister card, which simply states that she is a “talented tracker and warrior” who “spends all her time hunting.” This iteration received an updated figurine in the Spawn Reborn figurine line, but never appeared in any other Spawn Universe media. The first character to use this name in comics was Nyx, who debuted in Spawn #122. A Wiccan who often helped Al Simmons with her magic, Nyx later stole some of Simmons’ energy to save the soul of a friend stuck in hell. This gave Nyx her own Hellspawn powers, effectively making her the first official Female Spawn in comics.

However, Nyx is not the Female Spawn that currently appears in Spawn titles. It will be Jessica Priest, who has her own incredible background. Originally in Spawn’s story, the killer who killed Al Simmons and sent him to hell was Chapel, a member of Rob Lifeld’s Youngblood team series. When the production of the film adaptation of Spawn began in 1997, the producers could not get the rights to the character of Lifeld. Instead, they created Jessica Priest, a psychopathic killer played by actress Melinda Clark. Subsequently, the Priest will be introduced in the comic book “Spawn” and will be called the true killer of Simmons.

After receiving her own story in the additional title Curse of the Spawn, Priest disappeared from comics for the next few decades until reappearing in 2019. Having befriended Nyx in the following years, Priest is shocked to discover her body. in Spawn number 300. When she tries to use Nyx’s magic to resurrect her, the Priest gets a Spawn suit and her own powers, becoming the newest incarnation of Female Spawn. She subsequently works with Al Simmons trying to figure out who killed Nyx, with Simmons apparently leaving their tumultuous history behind. This She-Spawn now heads the Spawn The Scorched team book, tracking down several time-shifted Hellspawn to fight threats too big for each of them to handle on their own.

It was a long detour, but the Spawn Woman eventually found her way into the Spawn comics, becoming a major player in the universe of Todd MacFarlane’s characters.

The death of the Justice League unites the team beloved by...