Home Entertainment The Feels: TWICE Reveals The Secrets Of Their English Single MV 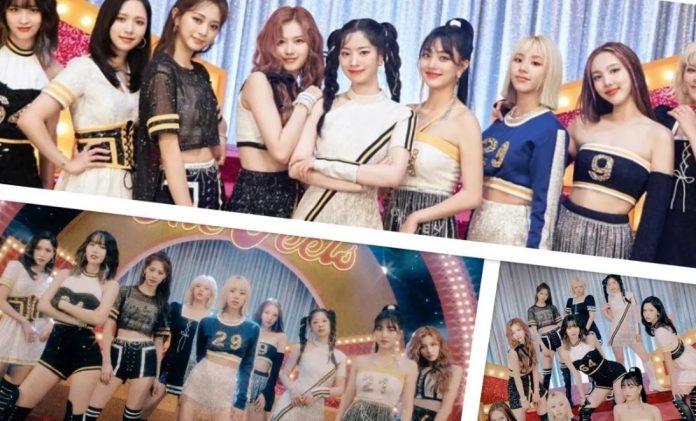 TWICE released ‘The Feels’, their first song entirely in English, what secrets does the MV for this track hide from us? TWICE’s new single was a success, with ‘The Feels’, the idols conquered the hearts of ONCE once again, how was the recording of the official video for this song?

TWICE conquered their fans with the new single in English ‘The Feels’ , the idols showed all their talent in this song that they originally made in the language; Being her first production like this, this premiere was the most special for the members of the girl group .

‘The Feels’ has an official video that was released on September 30 and this track stands out because it has all the essence of TWICE and K-Pop , regardless of whether it is in English ; besides that the artists of the group show us a perfect execution of dance and song, as well as all their beauty for this MV .

You may also be interested in: BTS x CASETiFY will launch a new Butter collection that ARMY will love .

What was it like for the TWICE members to shoot the video for ‘The Feels’ ? In this we saw her with great style and at the prom, being the most popular girls in the place.

TWICE SHOWS BEHIND THE SCENES OF ‘THE FEELS’, HOW DID THEY RECORD THEIR MV?

The idols of TWICE are always dedicated and committed to their work, but also have time to have fun and tell more ONCE about what they are doing; so it was behind the scenes of ‘The Feels’, the artists work and have fun on the recording set .

The idols , they were on a set full of pink color and they all had a great moment while filming, they all cheered on their team, despite sometimes having mistakes, they could simply repeat the scene and do better; they all danced waiting for their part and recorded with great energy and emotion knowing that ONCE would love that song.

TWICE does everything with happiness, knowing that they are doing their best for their fans, they love their work, and they have fun in every process of it.

HOW SUCCESSFUL HAS TWICE’S ‘THE FEELS’ BEEN?

‘The Feels’ has been a success for TWICE, since their song has been positioned on various music charts such as Billboard Global and their official MV already has more than 63 million views less than 2 weeks after its premiere, so the girl group continues to triumph and will do its best for the world.

Congratulations TWICE! They always make great music for all their fans whether it is in English, Korean or Japanese, the idols do an amazing job.

The open-world game “Iron Man”, created on the Unreal Engine 5,...