Home Entertainment The Feels: TWICE Reveals A Taste Of The Single In English 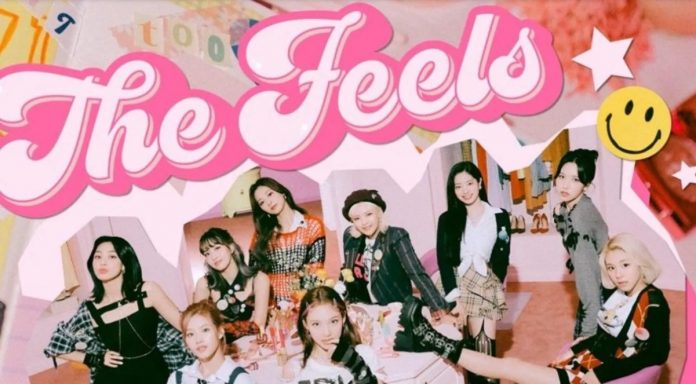 TWICE‘s first song has come to an end with a hilarious spoiler for ‘The Feels‘. The singers and rappers of the K-Pop group TWICE are set to dazzle ONCE around the world with their English song ‘The Feels‘ and have revealed a preview of the single. You’re going to love it!

TWICE is a girl group that shakes the entertainment industry with its constant evolution, they went from having a sports concept, to being cute and now they are preparing to show their most charming side in ‘The Feels’.

‘ The Feels ‘ is TWICE’s first single entirely in English, this is not to say that the JYP Entertainment idols have not ventured into other languages ​​such as Japanese, they even have versions of their songs in English.

With the arrival of the conceptual images for their return to the stage, the interpreters of ‘Scandal’ have given ONCE an emotional and moving spoiler of the sound that characterizes the era of ‘The Feels’.

HOW DOES TWICE’S ‘THE FEELS’ SOUND? THEY PRESENT A PREVIEW OF THEIR SINGLE IN ENGLISH

In TWICE‘s official profile on the TikTok platform, a video is available in which each of the members wear their fantastic looks, which they wear in the first teasers for ‘The Feels’ and have launched a question for ONCE:

What look is the coolest?

Nayeon, Jeongyeon, Momo, Sana, Jihyo, Mina, Dahyun, Chaeyoung, and Tzuyu appear falling in love with the camera lens with their catwalk, moving through what appears to be the colorful set of the official ‘ The Feels ‘ MV .

The song in English TWICE is moved with a strong presence of an electric guitar and drums a little reminiscent style of music greats as Sevie Wonder. An interesting combination of soul-pop, R&B, funk, and electro.

TWICE begins next month with the premiere of the single ‘The Feels’, on October 1 the MV will have a world premiere, and the song will be available on different online music platforms.

‘The Feels’ is shaping up to be a hit, but another TWICE song that marks its history is ‘TT’ which has set a new record.

Ticketmaster Blamed a Cyberattack For Problems With The Sale of Taylor...