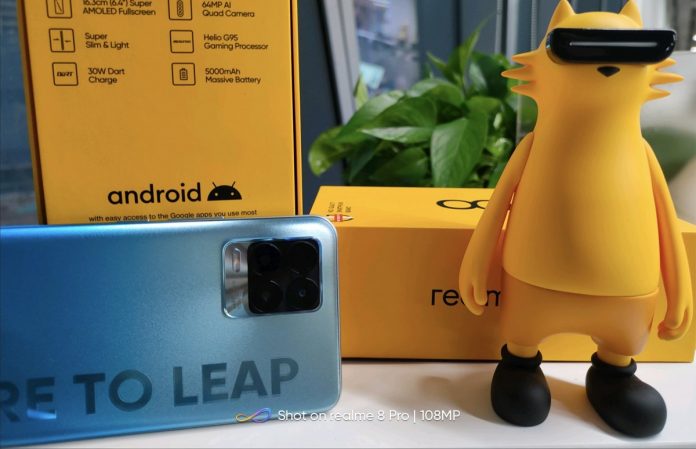 Realme recently held an event. Realme 8 Pro, using Samsung’s 108-megapixel camera, was introduced at the event. Thus, the 8 Pro that emerged was the harbinger of a lower model. Madhav Sheth, the CEO of the company in Europe and India, resolved the question marks with a post he made.

Madhav Sheth’s Twitter post revealed the features of the phone, the design of the back panel and the box. Realme 8 will come with a 6.4-inch Super AMOLED display. Thus, the company will have used the AMOLED display for a mid-range phone for the first time in its history. The lack of sharing about the refresh rate and the panel detail indicates that the phone will probably come with a 60Hz screen. The previous model, Realme 7, was sold with a 90Hz IPS LCD panel.

On the processor side, there is no change compared to the previous model. Realme 8 uses the MediaTek Helio G95, which is also used in the Realme 7 model. This 12nm processor is unfortunately lagging behind in terms of technology compared to its rival Qualcomm. The model, which will come with a 5,000 mAh battery, will support 30W fast charging. This will especially please users who spend a long time with their phones.

The phone, which has a quad camera array, also has a dual-tone flash. Unfortunately, the post only mentions the features of one of these four cameras. The 64-megapixel main camera will likely deliver mid-range performance. “Dare To Leap” is prominently written on the back panel.

Realme 8 Pro text in the shared image was another remarkable detail.

GoPro Cameras: How To Choose The Best Model in 2021?