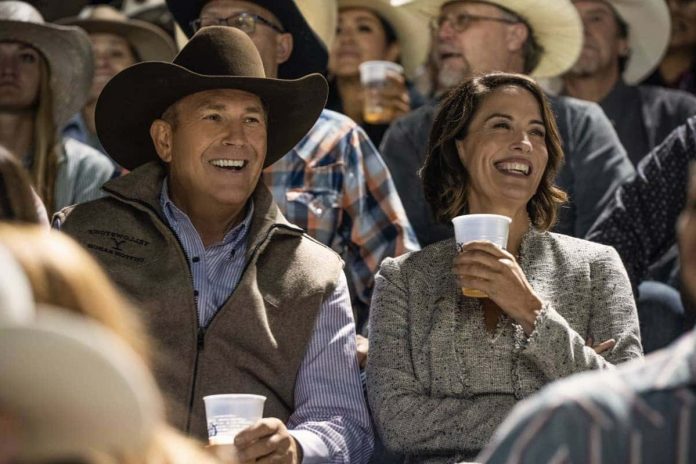 Yellowstone fans have been creating a host of theories about what will happen in season 4 of the show, but it appears that the fate of John and Lynelle’s relationship has been revealed.

John Dutton and Gov. Lynelle Perry could take their casual relationship to the next level in Yellowstone’s fourth season.

Recall that following the release of the show’s third season, Lynelle Perry star Wendy Moniz confirmed that the characters share a deep affection for one another.

“I think they are really attracted to each other.”

“I think they care deeply for each other, but I think there is a sadness in them, because they can never get over those people who were their true loves.”

So far in the series, John and Lynelle have slept a number of times, but they haven’t pushed their relationship beyond the physical. This is partly due to John’s frequent feuds with his daughter, Beth over his love life.

Despite that, the ranch owner is still struggling to cope with the death of his wife, Evelyn, who was crushed by a horse.

But, what actress Wendy Moniz said suggests that John Dutton, if he recovers from the near-fatal attack in the horrific season three finale, might finally be ready to take the next steps with Lynelle.

The problem of a relationship between the two could complicate matters further, since both parties in the relationship are the most powerful political figures in Montana.

The star added: “Then there is also the fear that there will be a competition of who will be on top because John Dutton should not be disturbed.”

If the couple does not establish their destiny in Yellowstone season 4, there is no need to worry so much, since according to some versions the series is preparing its season 5.