Home Entertainment The farthest frontier: how to make iron bars 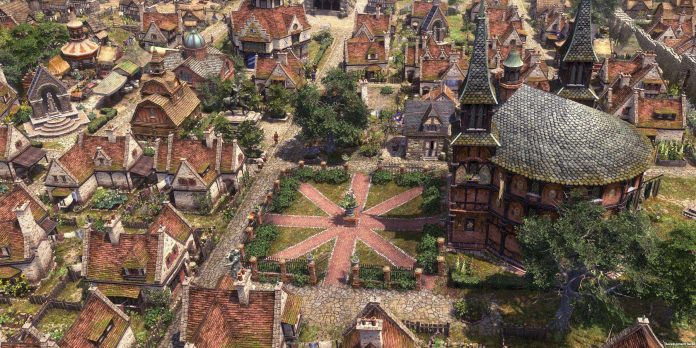 As players expand their cities in the Farthest Frontier, they will eventually need some iron. However, the way to get this important resource may not be immediately obvious, and some fans may get stuck trying to install buildings that require it. For those players who are struggling to earn iron in Farthest Frontier, this guide will help with that.

The farthest frontier: how to get iron

Players trying to get iron in the Farthest Frontier should start by searching for an iron ore deposit. These deposits are marked with an icon depicting a piece of silver material, and it is recommended that fans of urban planning games confirm the presence nearby when launching the game. It is noteworthy that iron deposits often appear near mountains, and fans may have to use the Flatten Terrain function for them before moving on to the next step.

After discovering an iron ore deposit, players must use the iron mine to mine the resource. This building can be built on a suitable deposit after the city center is upgraded to level 2 and a wagon shop is built, and this will require wooden planks. Notably, the buildings that are needed to create an iron mine are also needed to create a clay quarry in Farthest Frontier, which gives players an extra incentive to get them up and running.

After the player has started collecting iron ore, he must aim to improve his city center to level 3. This is quite an important event with numerous conditions and high costs, and fans of survival games may need some time to complete it. update. Once the player finally brings his city center to level 3, he will find that he can build a foundry on the Resources tab in the Buildings section, and indeed, this structure is used to convert iron ore into iron.

Please note that the construction of a foundry requires one heavy tool, an item that sometimes appears among the merchant’s offers. Thus, players are advised to build a trading post as early as possible and check for heavy tools every time a trader visits it. In fact, fans of strategy games are encouraged to take more than one heavy tool whenever possible, as they are also used in the creation of windmills, forges and more.

PS1: Collector Claims To Own All Memory Card Models