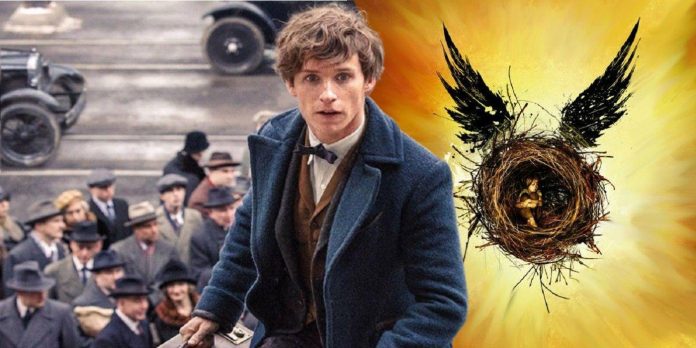 Retcons in the Fantastic Beasts and Where to Find Them franchise hurt Harry Potter canon far more than Harry Potter and the Cursed Child. Any story that incorporates events from the past into its narrative has to ensure that nothing contradicts what the present has already established. Yet the Fantastic Beasts movies, a prequel franchise, and the Cursed Child play, a time travel story, both struggled not to confuse or even directly contradict what had already happened in the original Harry Potter film series.

Fantastic Beasts: The Crimes of Grindelwald caused a lot of controversy for its clumsy, or at times even nonsensical, plot choices that created inconsistencies in the Harry Potter world. Fantastic Beasts: The Secrets of Dumbledore tried its best to correct many of its predecessor’s mistakes, but other plot holes continued in Fantastic Beasts 3 that likely contributed to its underwhelming critical reception. On the other hand, the stage production of Cursed Child has been wildly successful despite its many contradictions to established Harry Potter lore.

The original Harry Potter movies crafted an intricate web of characters and events, making it difficult for any new addition to that story not to occasionally poke holes in the established canon. However, both Fantastic Beasts and Cursed Child have introduced an overwhelming array of plot holes and retcons that do not make much sense. And even though Cursed Child’s retcons were harmful to the canon, those in Fantastic Beasts were much more so.

Both the Fantastic Beasts series and the Cursed Child play have retconned Harry Potter canon a great deal. One major plot hole throughout the Fantastic Beasts movies was Credence, who was first suggested to be Albus Dumbledore’s brother and later revealed to be Albus’ nephew and Aberforth’s son. However, this reveal only introduced more questions, such as the identity of Credence’s mother, why he was never mentioned in Harry Potter, and why Albus and Aberforth’s relationship grew so much more strained later in life after they had already begun repairing it in Fantastic Beasts 3. Another confusing bloodline is the Lestrange family. Fantastic Beasts 2 implied that Leta Lestrange’s death ended her family’s line, even though Bellatrix eventually married a Lestrange. What happened to Nagini between her last appearance in Fantastic Beasts 2 and Harry Potter, when she had become little more than Voldemort’s pawn, is another question Fantastic Beasts didn’t seem eager to answer. There were also plenty of more minor inconsistencies between the two series, like Minerva McGonagall’s cameo appearance as a Hogwarts professor in Fantastic Beasts 2, which took place eight years before she was born. Fantastic Beasts also repeatedly showed wizards apparating onto Hogwarts grounds, even though the Harry Potter series made it quite clear that charms should have prevented it from happening.

Cursed Child has its fair share of retcons and plot holes as well, most of which revolved around time travel. Harry Potter and the Prisoner of Azkaban had explained the rules of time travel quite clearly: it was not possible to change the past because anything a person might travel back in time to do had already been done. Yet, in Cursed Child, going back in time did change the past. Another mystery involved the Time-Turners, which were supposed to have all been destroyed in the Ministry of Magic. However, Theodore Nott evidently crafted his own superior version somehow and gave it to Lucius Malfoy. Harry Potter canon also made it quite clear that Harry’s scar only ever hurt him because of the fragment of Voldemort’s soul inside him, which had been destroyed at the end of the last Harry Potter movie. Yet somehow, the scar hurt once more when Voldemort threatened to return. Yet Cursed Child’s biggest retcon was Voldemort’s child with Bellatrix Lestrange. Not only was it questionable that Voldemort would ever even want an heir since he had planned to live forever, but it was also rather hard to believe that Bellatrix could have hidden her pregnancy that well, as she was supposedly pregnant during Harry Potter and the Deathly Hallows.

Although both franchises are full of plot holes and inconsistencies, Fantastic Beasts’ retcons do far more damage to Harry Potter canon. The movies’ desire to include as many characters from the original Harry Potter series as possible often only served to cause more problems, like with Minerva McGonagall’s small cameo. Another example was Fantastic Beasts 2’s reveal that Voldemort’s snake Nagini used to be a woman who was cursed, but that revelation introduced more questions than it answered regarding how and why she would choose to align with Voldemort, especially considering her stance toward dark magic and authority. Aberforth Dumbledore’s involvement in Fantastic Beasts 3 seemingly retconned his relationship with Albus in Harry Potter too – since Fantastic Beasts showed them being somewhat on speaking terms.

The timeline of the prequel movies also did not make a lot of sense. Albus Dumbledore’s famous duel with Gellert Grindelwald — during which he finally defeated the Dark Wizard and ended his attempted revolution — did not take place until 1945, but that does not work as well after Fantastic Beasts 3, which ended the Blood Pact confusion and implied Albus was willing and able to stop the wizard at any time. All of this had a very tangible impact on Harry Potter canon and simply undid much of the good work of the original movies.

Cursed Child quite possibly features even bigger retcons than Fantastic Beasts, most notably by introducing Voldemort’s daughter – but the stage play is able to get away with these canon changes far more easily. Centering its story on time travel was one likely reason for this since it allowed Cursed Child to fix some of its plot holes by the end of the story. It is neither a proper book nor a movie, so there is a sense — rightly or wrongly — that it has a lesser impact on the overall canon. Any unexplained character choices or retcons also feel more forgivable because of the play medium, which somewhat separates Cursed Child from the far more connected, accessible, and widespread stories in the Harry Potter and Fantastic Beasts movies. The nature of a play is removed enough from film that it can be its own separate thing, letting viewers ignore the larger canon, at least for a short while. The experience of watching a play makes it a little easier to ignore inconsistencies in the moment because they never feel as damaging.

The controversies surrounding Fantastic Beasts’ retcons show the problem with a Cursed Child movie. The possibility of adapting Cursed Child for the big screen has been considered in some capacity since the play’s release, and many viewers have pointed to it as a promising direction for future Harry Potter projects, given Fantastic Beasts 3’s poor performance. However, a movie based on Cursed Child would not be a good idea. The play gets away with some of its flaws simply because of its stage production; translating it to a movie risks magnifying those issues. A movie adaptation of Cursed Child would also make the story far more seen and talked about among a larger audience. The play has been a great success and has been consumed in some capacity by many people, but a movie would be a far bigger and more accessible production, which would only serve to invite more criticisms of its flaws. A Harry Potter and the Cursed Child movie would not be better than Fantastic Beasts — if anything, it might be received even more poorly considering the slapdash ways the play handled some of its beloved original characters, including Harry himself. Instead, future projects set in the world of Harry Potter should explore new stories that are far enough removed from the original series to not cause any retconning problems with the established canon.