Home Entertainment The fan concept video of “Spider-Man 2” demonstrates the function of switching... 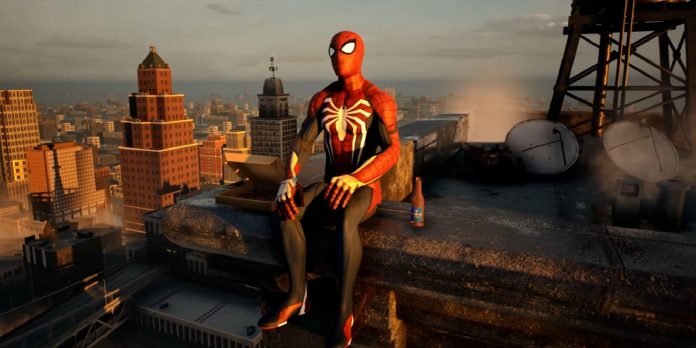 YouTube channel TeaserPlay, which specializes in creating concept videos of Unreal Engine 5, is releasing a new video demonstrating the hypothetical mechanics of switching characters in the video game Insomniac Spider-Man 2. “Spider-Man 2” was announced by PlayStation last year with an impressive computer graphics trailer that confirmed the return of Peter Parker and Miles Morales, as well as teased the debut of the cult villain Spider-Man Venom.

Since the “Spider-Man 2” trailer was shown, Insomniac has been mostly silent about the new game and what it will entail. There are rumors that the big opening of Spider-Man 2 may happen sooner rather than later, but in the meantime, the YouTube channel TeaserPlay has created an impressive concept video of Unreal Engine 5, demonstrating what the character switching mechanics inspired by Grand Theft Auto 5 might look like in the game.

In Spider-Man 2, featuring Peter Parker and Miles Morales, there were theories that the game might have GTA-style character switching mechanics where players could switch between different characters at will. This has not been confirmed by Insomniac Games, but it seems an interesting decision for the studio to include Peter Parker and Miles Morales in the new game. The TeaserPlay version adds Venom to the mix, and it’s interesting to see it in action.

Again, it should be emphasized that Insomniac did not tell anything at all about Spider-Man 2 at the time of writing this article, so this video is based solely on assumptions. However, it seems like it would be a reliable way to give Peter Parker and Miles Morales equal importance in the game. Another solution would be for Spider-Man 2 to be cooperative, although it’s unclear if Insomniac will go down that path or keep the game as strictly a single-player game.

Venom being the third playable character is also an interesting possibility to consider. Venom was supposed to be one of the main antagonists in Spider-Man 2, but since this character is currently presented more as an antihero than a pure villain, it may be more reasonable for him to play a similar role in Spider-Man 2. a new game. Venom will essentially fill Trevor’s slot when it comes to Spider-Man 2 playable characters. When the video shows the player switching to Venom, he is rummaging through the trash, which contrasts strongly with Peter Parker and Miles Morales hanging out on the roofs of New York.

We hope that the rumors about the imminent disclosure of the new “Spider-Man 2” are true, so fans will be able to get more official information about what the game has prepared when it comes out next year.

Genshin Impact Player launches the game on the flip screen of...

Hilaria Baldwin reflects on how pregnancy changed as she got older:...