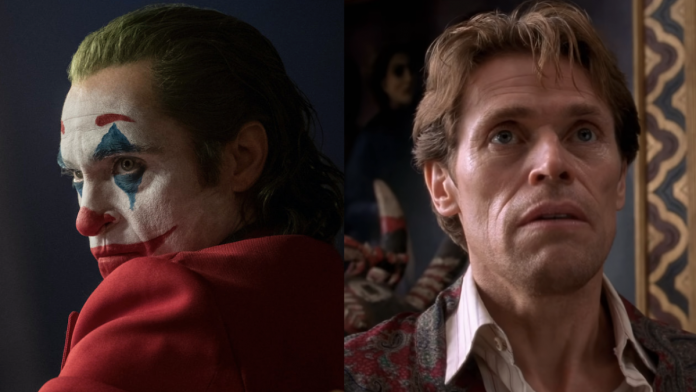 Warner Bros. is taking bold steps in its comic book projects, which take place both inside and outside the main DCEU. Todd Phillips Joker was from the latter category and eventually had a huge success with critics and box office. A sequel is currently in development, and some Joker: Folie à Deux fan art combines Joaquin Phoenix with Willem Dafoe… and it’s a nightmare.

Although both Joaquin Phoenix and Todd Phillips showed interest in continuing “Joker” after its release, the project was in development for several years. But it looks like the project is finally taking shape; it has been given an approximate release date, and Phoenix is reportedly getting a big pay raise. There are countless theories about what might happen in Joker 2, and Willem Dafoe himself has expressed interest in possibly joining the fun. Now, thanks to the fan art on Instagram, we can see how he and the image of Joaquin Phoenix are combined into one clown-the prince of the underworld.

Well, today I sleep with the light on. The first Joker movie was a truly unsettling experience, and reasonable money says the upcoming sequel will be the same. While Willem Dafoe currently has no plans to join the burgeoning DC franchise, it would be interesting to see him and Joaquin Phoenix offer duels against the Batman villain. We just need to see what Todd Phillips and company are actually planning.

The image above came to us from the Instagram of Jackson Derr, who has a whopping 33 thousand followers on the social network. This number of subscribers appeared thanks to the amazing fan art with characters from DC and Marvel mythology. And while fans are patiently waiting for information about Joker: Folie à Deux, such images will surely continue to spread online.

Rumors about Willem Dafoe and the Joker 2 were partly related to the beloved actor himself. He personally expressed interest in the opportunity to join the franchise, reflecting on the ideas of the fake Joker. Earlier, Defoe was quoted as saying:

There is something interesting, for example, if the Joker was an impostor. Thus, it would be possible to have not only dueling Jokers, but also someone who says he is a Joker, but not a Joker. And that opens up the possibility for an interesting story, especially if you had Joaquin Phoenix’s Joker and then you had someone who either imitated or copied what he was doing. I fantasized about it. But other than that, I don’t talk to anyone [about it], you’re the first.

Honestly, sign me up. This quote has given rise to many rumors that he may have participated in the creation of “Joker 2”. Fan art appeared, and Willem Dafoe also joked about why people constantly want him to play the Batman villain.

The actual content of “Joker 2” currently remains a mystery, although Lady Gaga is reportedly being offered to play Harley Quinn. There was also a message that Todd Phillips’ sophomore year at DC could be a musical, which would be a bold departure from the harsh and grueling tone of the original.

Currently, “Joker 2” is due to be released in theaters in October 2024, and filming will begin in December this year. In the meantime, check out the movie’s release dates in 2022 to plan your next movie.