Home Crypto The famous meme coin is now in Europe: its acceptance is growing... 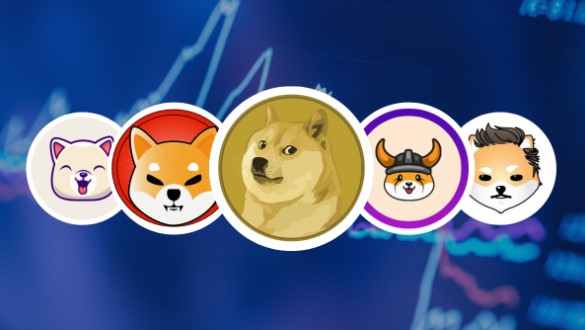 Shiba inu (SHIB), known as the doge killer, is becoming more widespread. Earlier, the Shiba Inu ecosystem, which is the Turkish mainstay, met with the heads of state and spoke about the place of cryptocurrency in the countries. Another move comes from Switzerland. Fidinam, a multinational company in Switzerland, announces that it accepts Shiba inu (SHIB) as a payment method.

These and similar developments not only increase the institutional adoption of cryptography, but also make it widespread in countries. Fidinam is known to be present in Germany, Austria, Belgium, England, Spain and America. Therefore, the acceptance of SHIB as a payment method will be provided in all these countries. Shiba inu, which started as a meme coin and challenged other altcoins with its institutional adoption, will further increase its popularity thanks to these developments.

In addition, Porsche Towson, a private Porsche manufacturing center, explains that it is partnering with BitPay, a payment method platform that includes many cryptocurrencies such as Shiba Inu. BitPay also allows you to use SHIB anywhere it is allowed. Shiba Inu gradually increased its distribution by joining BitPay at the end of 2021.

Earlier this month, the well-known crypto exchange Robinhood announced the placement of four altcoins, including Shiba Inu. With this news, while the price of SHIB has increased by 20%, the volume increase has also led to a serious increase in speed. In addition, from today, SHIB will also be registered on Parex, another crypto exchange. In addition, the whales’ passion for SHIB is increasing. SHIB is among the top ten cryptocurrencies owned by the 100 largest Ethereum (ETH) whales. ETH whales own 53 trillion SHIB worth $1.3 billion. These SHIBS make up about 15% of their portfolio. At the time of this writing, SHIB is trading at around $0.0000255, which is almost 2% higher over the past 24 hours.

Has the Potential to Do 10x! These 8 Metaverse Coins Could...