Home Entertainment The famous CivicHalls stadium in Wolverhampton will reopen under the name The... 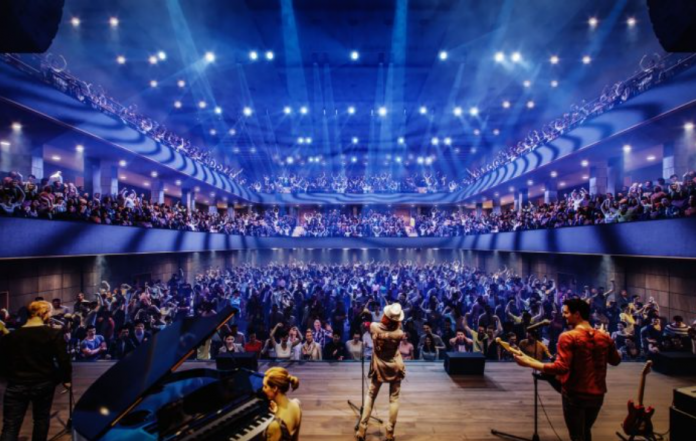 The halls will consist of two venues, and before closing, Nirvana, David Bowie and others performed here.

Wolverhampton’s famous stadium, The Civic Halls, will reopen in 2023 as part of a complex called The Halls.

Next June, The Halls, which includes The 3,500-seat Civic Hall and the 1,300-seat Wulfrun, will reopen, seeing the return of the Grade II-listed venue, where Nirvana, David Bowie and others performed before it closed in December 2015.

About the re-opening, AEG Presents CEO Steve Homer said: “Having hosted artists
from The Clash, Bowie and Nirvana to Manic Street preachers and Morrissey, who
debuted their first solo performance after The Smiths’ performance at The Halls, it’s incredible to be able to bring an iconic place back to life, and for a local guy it’s all the more special.

“I saw The Clash perform here in 1978, and this event has forever strengthened my love for music. We can’t wait to open the doors of The Halls Wolverhampton and invite the best artists in the world to the West Midlands stage.”

Ian Brookfield, of Wolverhampton City Council, added: “This is a beloved part of our city for generations, so it was vital for us to find the right partner — a partner who understands and respects the role that Halls play in the hearts of Wolverhampton residents.

“We are very excited to work on this with AEG Presents, who understand the richness of the venue.
We share our vision of rethinking a cult institution that will delight local residents for many years, helping to shape the center of our city, creating jobs and
stimulating local business”.

Before the grand opening of the site in June 2023, a test event should take place in the spring of next year.

Another new establishment has also just opened in London. Outernet London is a “billion pound immersive media, music and culture district” that will be located on the corner of Oxford Street and Charing Cross Road, including a new concert venue HERE in Outernet.

Johnny Depp may not have major movie franchises right now, but...

Stray Kids Fashion: Create an Image of Han for The CASE...