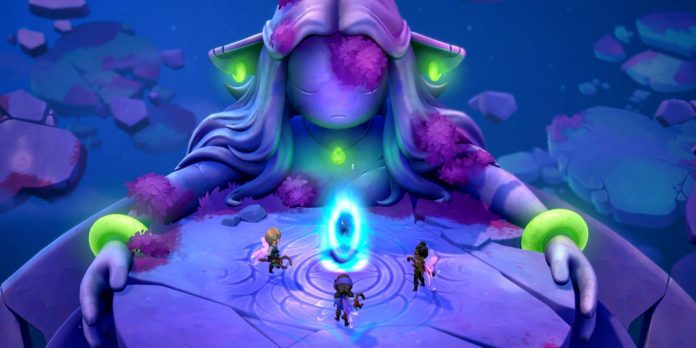 Fae Farm is an exclusive game for Switch, which Phoenix Labs announced today on Nintendo Direct. The game is very different from another Phoenix Labs game, Dauntless, because it is an RPG farm simulator with the addition of fantasy flavor. It is currently due to be released in the spring of 2023.

Like every recently announced farming simulator, Fae Farm is already being compared to Stardew Valley, which has become one of the most popular farming games on the market. There are some similarities when it comes to farming, fishing and mining, but the trailer also revealed some key differences that distinguish Fae Farm. In particular, Fae Farm will allow the player to truly immerse themselves in magic.

What is known about the fairy farm

One to four players can play Fae Farm together, locally or online, and it can work like a Stardew Valley multiplayer game where users can work together on a shared farm. Another possibility is that the multiplayer mode will be more like Animal Crossing, where players will be able to visit each other’s islands. The game takes place in a world called Azoria, which looks like a magical island with a small port town.

At the fairy farm, players will harvest crops, create items and breed animals, but due to the fantasy setting, there may be some interesting goods that are not available in other farm simulators. Also, like in Stardew Valley, Fae Farm has social aspects. Azoria will have a city with residents that players can make friends with, and these NPCs will also give quests that people will learn more about over time.

Exploration looks like another key part of the game, especially with magical wildlife that requires magic to pass. Wildlife has enemies whose designs range from statues to animated musical instruments. Along with magic themes, characters with magic wings also appear. Customization will also become an element of the gameplay, as the player will create his own character and collect decorations for his house.

Last but not least, the game has a comprehensive storyline. The Fae Farm website says that Azoria has secrets to uncover, especially related to the disaster that separated humans and elves. This hints at the possibility of other fantasy races or that some NPCs may be elves.

A closer look at the Fae Farm trailer

If you focus on what the characters are doing, it seems that people can go boating, swimming, fishing, chopping trees and grass, watering and collecting plants, mining stones, collecting shells, building their farm, decorating their house, jumping into dungeons, etc. cast spells. In the city center there are open shops with various goods such as vegetables, seeds, books and fish. There are chickens in the trailer, so they are likely to be farm animals that need to be taken care of.

As in Stardew Valley, the Fae Farm trailer showed night and day time zones, as well as hints that the player will have an energy meter. The furniture shown has a more magical aesthetic than other farming simulators, as the furniture included a jellyfish lamp, a dragon fountain, colorful pillows and stacks of books. Finally, the trailer shows what looks like a lava dungeon, ruins and an area with floating islands, so the magical wilds may be more diverse than they seem.

What else is unknown about the fairy farm

Because of all the similarities with Stardew Valley, the question remains unanswered about whether it is possible to have affairs with non-player characters or marry Fae Farm. The named characters have not yet been revealed, and players already have high hopes for taking care of magical creatures, but not a single farm animal has been revealed, except chickens.

The game is due out next spring, so much more could be announced over time. Despite the fact that there are many farming simulators, Fae Farm has done its job to stand out through storytelling and aesthetics. It seems that the gaming industry as a whole will not soon get tired of farming simulators.

The release of Fae Farm for the Nintendo Switch is scheduled for spring 2023.

Genshin Impact: Where to get Traveler Constellation items

Disney Dreamlight Valley: how to remove stumps from mushroom trees