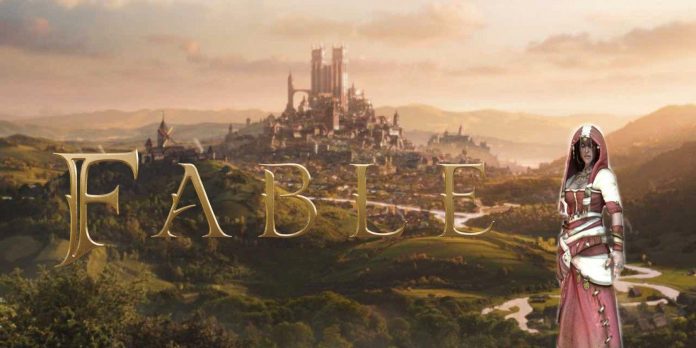 Players may have had to wait a long time—and there were definitely a few years when the future of the series seemed pretty bleak—but a new Fable is finally on the way. The franchise changed hands from Lionhead Studios, which, unfortunately, no longer works, to the developer Playground Games, mainly known for the Forza racing series. But amid all this turmoil and change, fans can be sure that in the not-so-distant future they will be able to get their hands on a new Fable game.

There are still a lot of mysteries surrounding the upcoming Fable, and not many details have been published since it was first announced. The rumor mill was running at full speed, and the conversations ranged from a few planets to be explored, to a devastating meteorite that destroyed civilization only to restore itself to the medieval level of technological progress. Some assumptions are somewhat exaggerated, but Playground Games still keeps silent about Fable. Many fans of the franchise hope that the old elements will reappear, for example, some spells even characters. A popular face from previous games was the all-knowing Teresa, who many players hope will return.

From the very first (and very few) glimpses of the upcoming Fable that players have received, it becomes clear that the developer wants to return to the more fantastic and fabulous aspects of earlier games. The first Fable is inspired by folklore and magic, mythical creatures, spells and great stories about fearless heroes and vile villains. As the games progressed, they began to move the timeline forward and introduce new technologies such as weapons, and although elements of magic and fairy tales were still present, by the time Fable 3 was released, the franchise had a completely different focus.

Some Fable fans felt that the series had lost its way a bit towards the end of its release at Lionhead Studios, and would welcome a return to medieval fantasy inspired by earlier games. Rebooting the series with a new focus, a new setting and its own unique story is a good idea, and judging by what Playground Games has shown so far, it seems that the developer agrees with this. However, there are still many elements that fans hope to keep in the new game, such as the specific brand of silly humor of the Fable franchise. While this is a chance to reboot the series, don’t forget about its earlier iterations, and including one of the two things from the first games will help link the newest Fable to its predecessors, as well as give something to the fans.

Theresa would be the perfect way to establish a real connection between the upcoming Fable and the previous installments of the series. She was a faithful addition to every Fable game and helped to tie the records together in the narrative, and also served as a familiar touchstone throughout the story. She started out as the sister of the Hero of Oakvale in the first Fable, and then turned into a blind seer with prophetic visions, offering guidance and help to each subsequent protagonist of the franchise.

Teresa already had an uncannily long life, she lived hundreds of years to appear in every Fable entry and help shape the story and the characters’ actions. Thus, it may well exist in the upcoming game, even if there is a significant time difference. Many players hope that the newest Fable includes most of the established knowledge, since there is already a deep source of narrative inside the franchise, and it would be a shame to get rid of it completely. Teresa can be a great figure to include, given her fame in the series, and there are many more interesting ways to develop and use the character.

Spider-Man No Way Home Is Already The Sixth Highest-Grossing Film In...