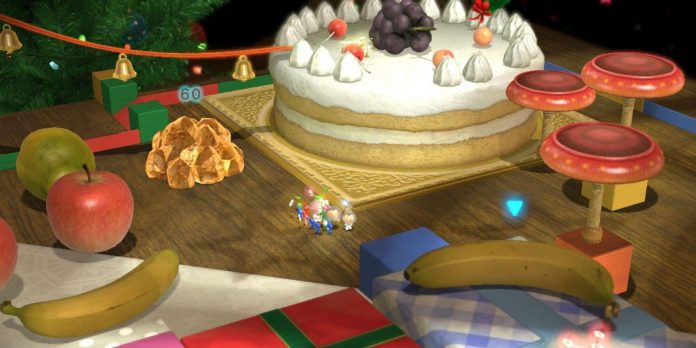 After years of uncertainty, Pikmin 4 has finally been properly announced and demonstrated. This was mentioned back in 2015, and fans have been waiting for this game for a long time. Now that Pikmin has re-introduced itself with the re-release of Pikmin 3 and Pikmin Bloom, it seems like it’s time for Pikmin 4 to shine. Only a few glimpses of the game world and a screenshot of the gameplay were shown, but thanks to the almost guaranteed news in the next nine months, the Pikmin community feels lively.

Now that Pikmin 4 has become a reality, discussions have begun about what it will be like. There was a teaser of a new camera angle behind the playable captain, but other than that nothing else is known. In addition to the classic trio and additions introduced in Pikmin 2 and 3, one or two new types of pikmin may appear. Most likely, players will search for resources or treasures for a limited time, as in previous entries. Overall, Pikmin 4 will probably resemble a typical Pikmin game, although Nintendo is not one to revive the franchise without some kind of twist. Pikmin 4 has a chance and many reasons to become an open world game.

Transforming the Pikmin structure into an open world

The action of the Pikmin franchise has always unfolded on several large maps. Pikmin 2 changed the situation with multi-storey dungeons, but there was still a lot to do in its open environment. The overall size and complexity have increased somewhat in Pikmin 3, and some parts of the areas have even been separated by screen transitions. However, due to the Pikmin format, each map must be built around a kind of home base. Whether it’s a small clearing in a cave or a field where a spaceship and pikmin bulbs are parked, getting out of one point and returning prey is part of the personality of a Pikmin. Going into the open world will challenge this somewhat, but it will also encourage him to innovate in an interesting way.

There is always a need for a place to store treasures and create pikmin, so players should have a limited opportunity to take it with them. This does not mean that downed enemies and items should be handled on the spot, but instead there are still central points in the regions to which the player can summon spaceships. The likely structure of the Pikmin 4 open world will involve entering a region, discovering it by exploring and collecting treasures, and then diving into the core or the first available part of another region to claim a new base. Having bosses guarding potential home bases will make them feel more valuable than regular collectibles, and each base can also act as a quick-move point.

How the Open World can make Pikmin 4 Flourish

Combining the multi-region approach into one giant map still allows multiple captains and players to coordinate their actions in a limited area, and will also allow players to experiment with different routes through Pikmin 4. They will need to keep an eye on the standard curfew at sunset, although this could be repurposed for something more free. Usually sunset means that the main characters of the pikmin and their armies have to leave the planet because of the nocturnal predators. Pikmin 4 should keep this to encourage the release of bases, but instead it can give players the option to stay up late. By allowing the time limit to expire and possibly also refusing the pop-up window to go away, players will pursue endless hordes of wandering enemies. However, it depends on them whether the reward outweighs the risk.

There are many ways to develop Pikmin by adopting an open—world approach, and the above are just some of the largest. The multiplayer mode can become even more integrated with captains able to travel far from each other to complete different tasks. Puzzles and fights could be scaled up to emphasize how small the Pikmin characters are. Something can be done in one region that will directly affect another, perhaps requiring a mad dash like the one inspired by the Ghosts of past games. And, of course, the feeling of exploring a huge alien world, emphasized by the low camera angle, will please any fan of Pikmin. Pikmin 4 has a chance to follow many other Nintendo franchises in the open world genre, and in the process it can blossom even more impressively.

Pikmin 4 will be released in 2023 for the Nintendo Switch.

How DC Reverse-Flash Changed the Idea of “Origin Story” Forever