Home News The Faces of Two Human Ancestors Are Revived 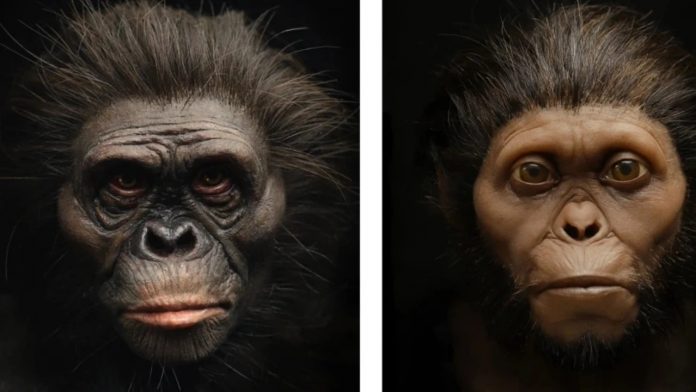 US scientists have recreated the faces of Lucy and Taung Child, considered the oldest ancestors of the human race, using the silicone molded pigmentation method, in their most realistic form, in line with the data they gathered from scientific research.

In this study, in which skin pigmentation was applied meticulously, a group of academics placed even the hairs on the face of Lucy and Taung Child one by one, revealing the most realistic images of what the oldest ancestors of the human race looked like 3.2 million years ago.

The researchers, stating that the Lucy modelings drawn so far, do not fully reflect the reality, state that the prejudices brought by the patriarchal society in the drawings are overriding scientific data, and the facts are distorted because of the drawings depicting Lucy and her husband.

The researchers stated that they designed their models based on only scientific data, and that they wanted to create the most realistic image by minimizing artistic anxiety at these stages.

Life in a Day is live today! Here are the details