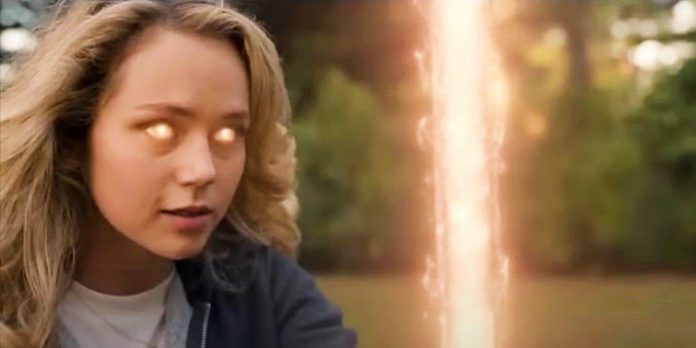 The extended trailer for the third season of “Stargirl” tells about several returning villains from DC comics, mentoring Starman and the appearance of a new enemy in the upcoming season. Despite the fact that Arrowverse has had a shake-up this year, the fall season will not be without DC TV. Originally launched as a DC universe original, Stargirl became one of the popular DC TV shows on the CW in the first season, and then became an exclusive CW show in the second season onwards. “Stargirl” follows Courtney Whitmore, who becomes the main character after discovering the great legacy of the Justice Society of America. Going on her heroic journey, Courtney also revives the Golden Age team with a new generation of superheroes.

Although Stargirl is not a traditional Arrowverse spin-off, it is adjacent to the franchise. Crisis on Infinite Earths has established that Stargirl exists on an updated version of Earth-2, which used to be the home of Jesse Quick from The Flash, Harry Wells and the Black Siren from Arrow. Season 2 of Stargirl also began to build its bridge to the shared Arrow universe when John Wesley Shipp from The Flash appeared as Jay Garrick, the same iteration he had played for years. After a major battle with Eclipso in the second season, the third season of “Stargirl” will focus on Courtney and the team, which has been superheroes for the third year, as well as new and familiar threats.

The premiere of the third season of “Stargirl” is scheduled to take place in more than a month, and The CW (via TV Promos) has released an extended trailer that tells what is being prepared for the return of the show. The trailer shows how Joel McHale’s Starman begins training Courtney as the original owner of the Space Staff. With the 3rd season of “Stargirl” subtitled “Sworn Enemies”, the footage also shows the return of the entire Crox family, including Artemis, Tigress and Sportsmaster. Last but not least, the preview of the third season of “Stargirl” also includes Cameron Machkent’s icy powers, which are finally manifesting to a greater extent than before.

Since the first season of Stargirl, the CW drama has been gradually approaching Cameron’s potential villainous turn. In the comics, Cameron is known as the second Icicle, following in his father’s footsteps. The iteration of Joar from Stargirl, renamed Jordan in the series, was reinterpreted as having abilities that Cameron has now inherited, as shown throughout season 2 of Stargirl. However, although his abilities gradually began to manifest, Stargirl toyed with the idea of a romance between Cameron and Courtney. The trailer for the 3rd season of “Stargirl” clearly shows that they are going to get much closer, and a kiss is announced.

While there are many returning villains in the third season of Stargirl, including the Player, so far there have been no further looks at their new one. At the end of season 2 of the Stargirl series, Mr. Bones was introduced to the series, apparently the next big villain, as he drew attention to the heroes of the Blue Valley. While a new season is approaching, it’s unclear if season 4 of Stargirl is a lock, given how many Arrowverse cancellations the CW has had this year. Despite the fact that several shows were closed, there was no indication that the 3rd season of “Stargirl” was being considered as the last.

The Flash: What we suspected about Rick Cosnett’s reason for leaving...