Home Entertainment The Explicit Agony Unrated Has Disappeared From Steam, Even For Those Who... 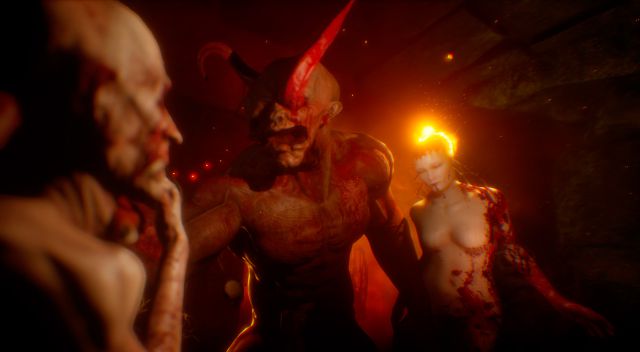 Agony: Controversy continues to surround Madmind Studio and its video game Agony, whose uncensored version for Steam has disappeared from user libraries. Agony returns once again to the present due to a new controversy related to its explicit content and the uncensored version that its creators, Madmind Studio, later completed after launching the censored version on Steam, all to allow its publication. So much so, that Agony Unrated, a video game that offered all the scenes of high violent and sexual content, has disappeared by surprise from the Valve platform, even from the libraries of the players who received it after acquiring the censored version and those who They bought with their money.

The uncensored version of Agony disappears from Steam

Thus, many users have already expressed their surprise and discomfort at the disappearance of Agony Unrated, even from the libraries of Steam users who had it in their digital collection. From Madmind Studio they have already reacted to the situation without knowing very well what has happened and expressing their surprise at such a situation:

“Many of you have contacted us to let us know that Agony Urated has been removed from your libraries. Upon investigation we discovered that Steam unlinked the two versions of the game (Agony and Agony Unrated). As you know, with the purchase of Agony, an uncensored copy of Agony was also received in the library. This was always our intended way of doing this and that hasn’t changed,” they explain from Madmind Studio.

“As some of you also know, games with themes similar to ours can often find some difficulties on this platform. Unfortunately, we still don’t know why they were unlinked and we can’t relink the games with our own tools, so we are now in contact with Steam support to find a solution that satisfies everyone, “conclude the creators of Agony.

At the moment from Madmind Studio they have no response to complaints from Steam users, waiting for Valve to make an official statement. At the end of last year, the company’s latest title, Succubus, came to Steam with a similar theme but more focused on action.

Tales of Arise Gets New Videos On Secondary Activities

All Denis Villeneuve Movies Sorted From Best To Worst According To...