Home Crypto The expected day has come for Bitcoin and altcoins! Here are the... 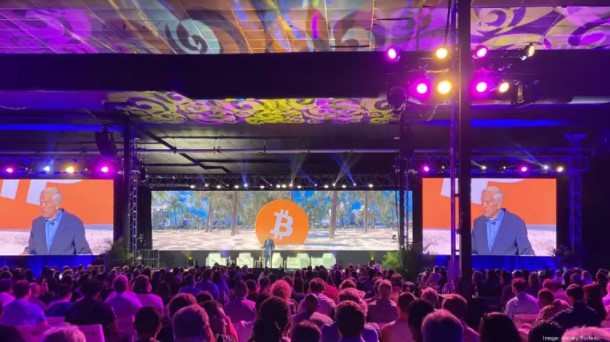 Today, at 16:00, the world’s largest bitcoin conference starts, which will be attended by more than 35,000 people, including more than 3,000 companies and more than seven million viewers of the live broadcast around the world, which will last until April 9.

Who will speak at the Bitcoin conference that investors are paying attention to?

The 2022 Bitcoin Conference will be held April 6-9 at the Miami Beach Convention Center in Miami, Florida. A rich community of speakers is participating, starting with the President of El Salvador, Nayib Bukele, who will talk about how the country reacts to the decision to legalize bitcoin on September 7. Anthony Pompigliano, one of the world’s most popular crypto influencers and investors, is preparing for a heated introductory discussion with Mike Novogratz, CEO of Galaxy Investment Partners, which is dedicated to investing in the cryptocurrency space.

Leo Zhang, founder of Annica Research, Ethan Vera, co-founder and chief operating officer of the specialized company Viridi Funds, and Brian Wright, vice president of mining at Galaxy Investments, were invited to talk about mining. Peter Thiel, co-founder of Paypal and one of the main and first investors of Facebook, who has long been optimistic about Bitcoin and the crypto market as a whole, will talk about the new prospects of blockchain and cryptography.

As a result, all attention will be focused on the announcements that will determine the future of the cryptocurrency market throughout the event. Speakers include MicroStrategy CEO Michael Saylor, PayPal founder Peter Thiel, renowned psychologist Jordan Peterson, Ark Invest CEO Katie Wood and tennis icon Serena Williams.

While Miami is looking to attract more investment for cryptocurrency projects, the organizers of Bitcoin 2022 say that at least 75 companies will announce at the conference. As we reported as S, at last year’s event, Salvadoran President Nayib Bukele made international news and announced that his country would be the first country to make cryptocurrency legal tender with a video. One of the most anticipated announcements may be 27-year-old Jack Mullers, CEO of Strike, a payment application that worked with the Bukele government on a nationwide bitcoin launch.

Important Prediction for Gold from Societe Generale: These Levels!