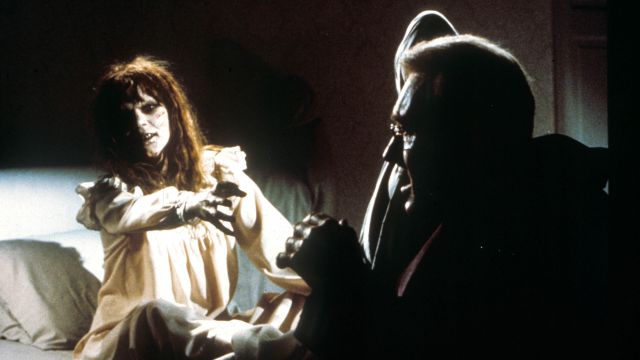 The Exorcist: The first information came to light last December, at which time it was published that the American director David Gordon Green was working on a film in the saga The Exorcist. However, at that time it was not officially confirmed whether the head of the new Halloween installments was involved in this project. Now, The New York Times publishes that Universal Studios has reached an agreement to develop a new trilogy, which will feature the aforementioned director.

In the absence of an official confirmation, the New York newspaper has reported that the studio will pay 400 million dollars (more than 338 million euros) to be able to develop the new trilogy and broadcast it in theaters and on Peacock, the company’s streaming platform. . Morgan Creek Entertainment has retained the rights to The Exorcist series and is working with Green and Blumhouse’s Jason Blum on upcoming films. According to this information, David Gordon Green has not only been selected to direct, but is also the main screenwriter for these new products.

A sequel to The Exorcist

The trilogy will work as a direct sequel to The Exorcist, by William Friedkin, something that Green himself has already confirmed in interviews. As for the cast, Ellen Burstyn will return as Chris MacNeil, while Leslie Odom Jr. will play “the father of a possessed child” who seeks out Burstyn’s character to help him with his problem. The New York Times notes that the first film in the trilogy is expected to hit theaters in late 2023. Due to the terms of the agreement, the second and third films in this trilogy will be able to debut first in Peacock, always on the line. of the sources that the newspaper handles.

Green finished the script for the first film during the pandemic, as explained by the director in statements to Total Film magazine. It is a matter of time, therefore, that Universal Studios announce the project officially.

Where Are The Mobile Stations And How To Activate Them In...