Home Celebrity The executive producer of The Resident commented on the return of Emily... 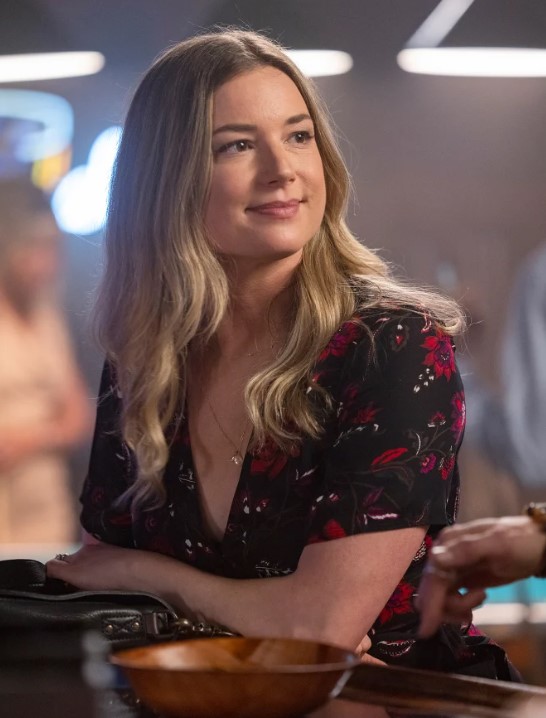 Finding closure. After Emily VanCamp’s shocking departure from The Resident, the show’s executive producer Andrew Chapman spoke about the necessary return of her character in the finale of the fifth season.

“Since most of the season was thematically about grief and loss, coming to terms with mortality and how Conrad [Matt Chukri] is moving away from his relationship with her, jumping in time and being a single father with Gigi, it seemed like the right thing to do,” Chapman explained in an interview with ET Canada on Tuesday, May 17. “We contacted her and she was very happy to be back. She didn’t have the opportunity to say goodbye to all the participants of the show, to the crew, to all the other actors.”

The EP notes that the season finale allowed the show to complete Nick’s storyline. “At the beginning of the season, we knew that we would lose Emily this season, but we didn’t know when we would lose her. We lost her in the third episode, and we really had to fight, and it didn’t give us the closure of the relationship we wanted,” he shared. “We thought she would appear in a couple more episodes, and it wasn’t anyone’s fault. She had health problems, and she had to deal with it, and we all understood perfectly. But we really couldn’t close the loop with her, so to speak.”

In August 2021, it was announced that the 36-year-old VanCamp would leave the show after four seasons. In the second episode of season 5, Nick was involved in a car accident, as a result of which she suffered a traumatic brain injury that eventually claimed her life.

At that time, the star of “Captain America: Civil War” spoke about her decision to leave the series after she gave birth to a child with her husband Josh Bowman. “I spent so many years on network television, but then suddenly priorities changed,” VanCamp told Deadline in October 2021, two months after announcing the birth of daughter Iris. “I think there comes a point in every woman’s life—in every person’s life—when she becomes less about work and more about family, and that’s what happened while I was filming the show. Doing so many episodes in another city and then adding COVID to it, most of us couldn’t see our families for almost a year. It really strengthened me that family is what my heart is about now.”

The Everwood graduate’s return to the series introduced flashbacks in which Nick tells her husband Conrad to move on if she dies before him. The conversation began when the widower became involved in a love triangle with Billy (Jessica Lucas) and Kade (Kaylee Ronane).

“We wanted Conrad to finally present this relationship in the right light. Respect the relationship and also put it aside so he can get on with his life,” Chapman added on Tuesday. “And Matt Churi, the actor who plays Conrad, was adamant, as were we, that he could have continued his life at the end of the season, but he wasn’t going to make a choice about who he could live with next.”

VanCamp’s return to the set also helped everyone to properly say goodbye to the actress and her character.

Jessica Frances Dukes of the Ozarks says Julia Garner is a...