Home Entertainment The Eternals: why it’s not quite a Marvel like the others 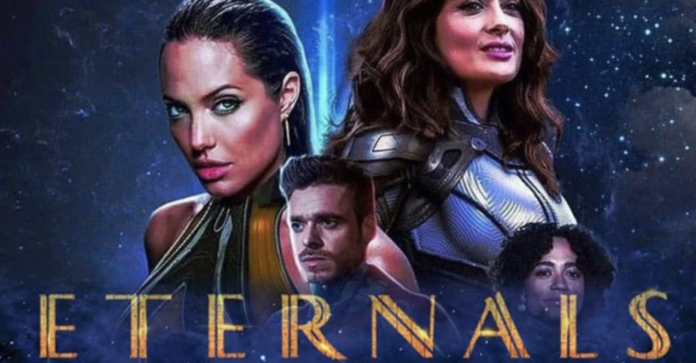 This Wednesday, November 3, the Marvel universe is back in the cinema with new heroes: The Eternals. At the casting? Richard Madden, Gemma Chan, Angelina Jolie, Salma Hayek, Kit Harington and Kumail Nanjiani. A movie directed by Chloe Zhao, winner of the 2021 Oscar for Best Director for her film Nomadland, which is not quite an ordinary Marvel. We explain why, without spoilers.

The page of the Avengers is turning (for now). The release of Spider-Man: Far From Home marked the end of Phase 3 of the Marvel Cinematic Universe (or MCU), and the release of Black Widow kicked off Phase 4. With it, new heroes have arrived: d ‘first Shang-Chi in Shang-Chi and the Legend of the Ten Rings and now The Eternals.

What about the Eternals?

Several thousand years ago, the Eternals were sent to Earth to defend humanity against the Deviants they believe they have exterminated. Well settled on Earth, they have survived the centuries without taking a wrinkle, each on their own. When a Deviant mysteriously reappears, the Eternals have no choice but to assemble. Led by Ikaris (Richard Madden) and Sersi (Gemma Chan), this reunion will unearth heavy secrets and could change their fate forever.

The cast of the film The Eternals

Last April, Chloé Zhao was awarded the Oscars for her film Nomadland which starred Frances McDormand, also Oscar winner for her role. Not only did she win the prize for best film but also that of best director and became the second woman to have won this precious statuette. So we were curious to see what vision she would bring to a big budget Marvel movie. We’re not going to lie, the aesthetics and the shots of the film are often sublime. For Les Éternels, Chloé Zhao explains that she received total freedom from the studio and the team mostly shot in natural spaces.

The director has put her talent at the service of these new heroes and sometimes lingers on sublime landscapes with sometimes dark tones, far from the often flashier colors of other Marvel films. The film is interspersed with sometimes more contemplative moments which gives us less the feeling that the action is moving forward at full speed: we take the time to discover this universe and to marvel at the shots of this film.

If there’s one word to remember from the film, it’s inclusiveness. At all levels. The Eternals don’t just put women in front and behind the camera with actors from all walks of life: there is also a deaf heroine, the MCU’s premiere, played by Lauren Ridloff (The Walking Dead). But also – and especially – the first real gay couple from Marvel (because hey, a little mention in Avengers: Endgame, that does not count). And it was about time! Small bonus: The Eternals also contains a sex scene. Well, it’s not Sex / Life, it only lasts a few seconds and we don’t see much but it is there.

The most DC of Marvel movies

If the DC and Marvel camps have always (or almost) clashed, they could almost agree in front of The Eternals which is the most DC of Marvel films. Aesthetically but also with its characters. Because these new heroes have gifts that are closer to DC superheroes. Impossible not to think of Superman or The Flash in front of the film.

Of course, MCU fans will also find the elements that made the success of previous films. Like humor for example, which is not lacking, especially through the character of Kingo, played by Kumail Nanjiani. Too bad the film is fishing for its scenario which lacks a little originality and gets lost along the way. It doesn’t help that the film is rich in characters and that they are all unknown to us until now (except for Marvel pundits of course).

The Eternals, in theaters on November 3.

Morbius Shows His Past In A Mysterious New Trailer In Spanish