Home Entertainment The ESRB’s Skull and Bones Rating Suggests that the game May Skip... 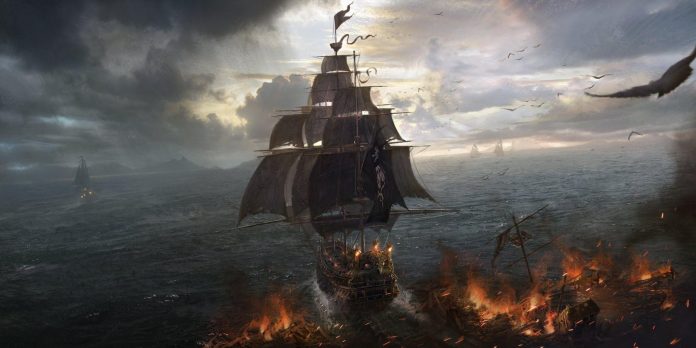 It’s been an incredibly long journey for Ubisoft’s mysterious pirate sea game, Skull and Bones. Originally inspired by the ship battles of Assassin’s Creed IV: Black Flag, Ubisoft fully unveiled the game at E3 2017 with an expected launch date in a year. Nevertheless, the “Skull and Bones” continued to be postponed, and there was no new information. Since its disclosure, Skull and Bones has experienced difficulties in development, a change of leadership and many disputes related to alleged misconduct in the workplace.

Despite all the struggles and difficulties, it seems that “Skull and Bones” can potentially reach the finish line of development. After the confirmed shift in development and the new vision of Skull and Bones, Ubisoft has been more open about the title, even revealing earlier this year an insider program that fans can join to get early access to the title. The company has also confirmed plans to release the game by March 2023, and it is now expected that the game could be officially unveiled sometime next month during the summer update demo.

In fact, thanks to a recent update, Skull and Bones can go further than many might have thought. After being rated in Korea in May, Skull and Bones was recently rated by the Entertainment Software Rating Board for the USA. This process is usually performed after the evaluated game is either completed or almost completed so that the rating commission can get an accurate assessment of its suitability. Therefore, it seems that “Skull and Bones” may be close to a potential release.

Thanks to the ESRB rating, fans now have a little more information about the title. As expected, Skull and Bones will be an M game for adults, with blood, profanity, suggestive themes, drug use and violence. Players take on the role of a shipwrecked outcast and embark on a journey to become a pirate captain, completing missions, exploring settlements and participating in naval battles. However, it seems that Ubisoft may abandon old-generation consoles such as PS4 and Xbox One, since only PC, Xbox Series X/S, PS5 and Stadia are mentioned in the ESRB list as release platforms.

While the basic concepts of what Skull and Bones was originally seem to be established, many fans are still curious to see how the rest of the game has evolved over the years, including Ubisoft’s new vision for the title a couple of years ago. Fortunately, it looks like fans won’t have to wait too long, as leaked information indicates that a “Skull and Bones” event will take place in July, with official gameplay, release date details, and more.

Skull and Bones is currently in development.

Why the first season of CSI: Vegas was so short