Home Crypto The Era Of Crypto Money Has Begun In Movie Theaters! 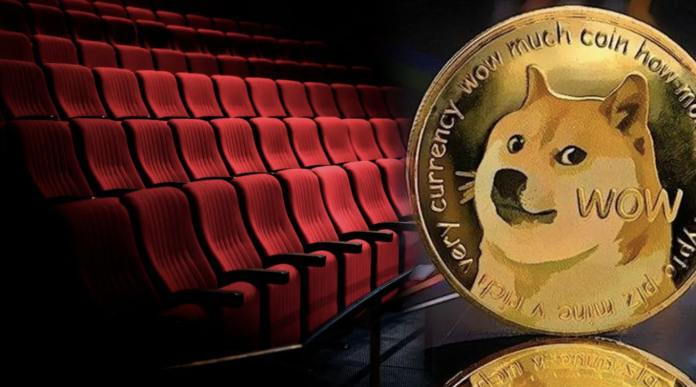 The CEO of AMC Entertainment has announced that the era of cryptocurrencies has begun in movie theaters. Digital gift cards are available.

AMC Entertainment, the world’s largest movie theater chain, announced in August that it would accept payments with Bitcoin. AMC CEO Adam Aron, on the other hand, stated in his post on the subject in September that they will allow citizens to make payments with Litecoin, Ethereum and Bitcoin Cash in addition to Bitcoin.

AMC Entertainment has slowly started to keep its promise. According to the statement, the era of digital gift card purchases with crypto money has begun in movie theaters within AMC. However, cryptocurrencies are not yet available for ticket sales. AMC’s work on this point is expected to be completed by the end of the year.

Gift cards can be purchased with Dogecoin and other cryptocurrencies

AMC Entertainment CEO Adam Aron has announced that digital gift cards can be purchased with cryptocurrencies including Dogecoin using BitPay Wallet. Stating that the decision came into effect in AMC cinemas, on the website and on the mobile application, Aron also underlined that they brought a daily limit of 200 dollars.

Adam Aron said in a statement on his social media account:

Big news for Dogecoin fans! We’re working on accepting crypto payments online, you can now buy digital gift cards (up to $200 per day) with Dogecoin and other cryptocurrencies using a BitPay Wallet. Accepted on our website, mobile app and in theaters.

Huge news Dogecoin fans! As we work to accept online crypto payments, now you can buy @AMCTheatres digital gift cards (up to $200 per day) with Dogecoin and other cryptocurrency using a BitPay Wallet.  Accepted on our web site, mobile app, and in theatres. https://t.co/hPubbeq4YG pic.twitter.com/dra7e23tc8

AMC Entertainment will also accept cryptocurrency payments for ticket purchases until the end of 2021. Users will purchase seats directly using Bitcoin, Ethereum, Litecoin and Bitcoin Cash. Cryptocurrencies are legal in Ukraine and El Salvador. El Salvador is mandating businesses in the country to accept payments in cryptocurrencies. In this context, large companies, including Starbucks and McDonald’s, began to adapt to the new law.