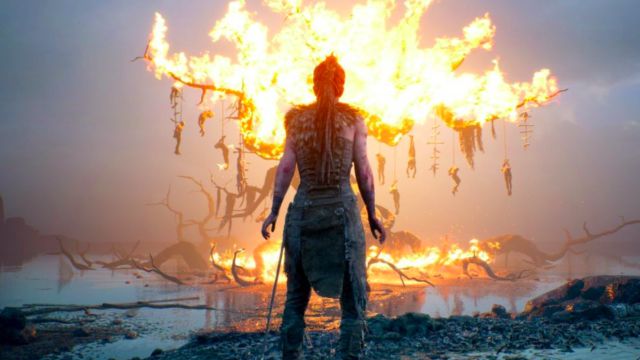 Senua’s Saga: Hellblade 2: The sequel to the video game developed by Ninja Theory was shown at first glance during The Game Awards 2021. Xbox Game Studios was present at the awards gala organized by Geoff Keighley, where their own titles such as Forza Horizon 5 or Psychonauts 2 were up for one of the awards. The Game Awards 2021 was the setting on which a spectacular trailer for Senua’s Saga: Hellblade 2, the sequel to the title whose theme is mental health, was presented. Much has been said about whether everything that was shown in the video ran in real time, but the answer is yes.

David García, the audio director of Ninja Theory, has stepped away from the gossip and confirmed on his personal Twitter account that the Hellblade 2 trailer is totally real, therefore, there is no kind of computer-generated kinematics ( CGI). “Everything in this demo is in-engine, in real time, without gimmicks. This is real, although not everything was perfect (yet) ”.

Like The Coalition with its next video games, Ninja Theory has moved to Unreal Engine 5, the new version of the engine from Epic Games. This technology for the new generation adds multiple novelties, which of course are reflected in the visual quality of video games.

Something more palpable than Senua’s Saga: Hellblade 2 is The Matrix Awakens, which was also presented at The Game Awards 2021. This interactive experience allows us to discover the advances of technology on our own consoles, which invites us to dream of what can be achieved to achieve in the future.

Senua’s Saga: Hellblade 2 will put us back in the shoes of Senua, as its title indicates. The character, a Norse warrior, fights her own internal battle with her mind. The game, developed for Xbox Series X, Xbox Series S, and PC, has no confirmed release date yet. Meanwhile, Ninja Theory works concurrently on other projects like Project Mara, which also explores the ins and outs of the human mind.