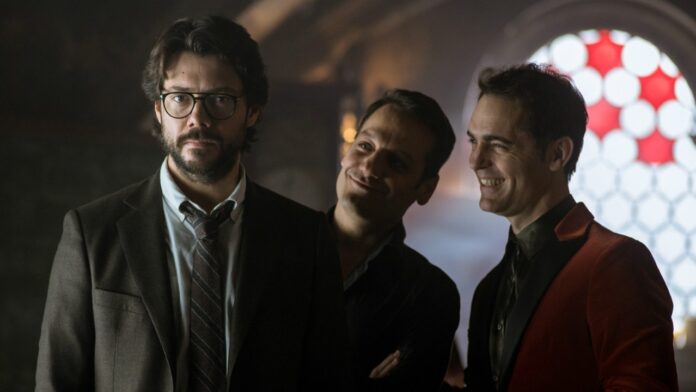 Netflix, must deliver to fans the fifth and final part of the Spanish crime drama La Casa de Papel, which has been expected for months, which has kept fans in a state of anxiety.

As fans know, season 5 of La Casa de Papel is in production. Therefore, sometime in 2021 Netflix the next episodes will be hitting fan screens.

For season 5, The Professor and his gang prepare for the final round. But, a character will make the situation difficult when he returns in the next episodes to complicate the heists’ plans.

It is Inspector Suárez, played by actor Mario de la Rosa, who will arrive again with season 5 of La Casa de Papel. The revelation was made by the same actor through a publication on his Instagram account.

As fans can see, Mario de La Rosa wears his police clothes on the filming set of season 5 of the crime drama La Casa de Papel.

Many fans will recall that Suarez played a pivotal role in the first heist, repeatedly attempting to infiltrate the Mint. Now, with his return, he will surely try to hinder The Professor’s plans.