Home Entertainment The ending of the third season of Mother’s Milk’s Boys was perfect... 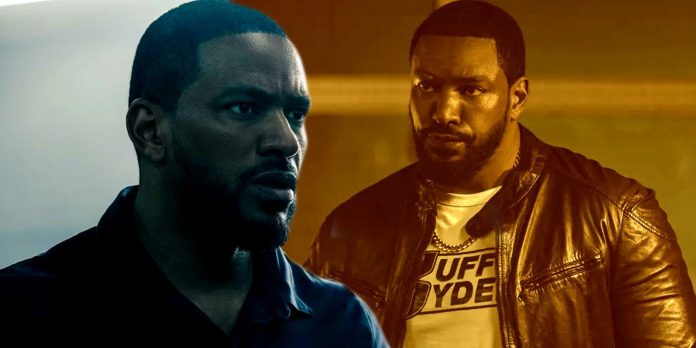 While it was sad to see Soldier Boy escape the clutches of Mother’s Milk in The Boys season 3 finale, the fate was ultimately a fitting end for both of their respective arcs. The Boys season 3 concluded with Soldier Boy back in cryogenic stasis and the titular team celebrating the addition of a new member. However, while Starlight leaving the Seven and joining the Boys will significantly help the group in season 4, it was hard not to feel like the storyline of the season was ultimately pretty pointless.

While it was always unlikely that Jensen Ackles’ villainous Soldier Boy would kill Homelander as Butcher had hoped, the way that the story of The Boys season 3 shook out left the decision to free the character from his Russian confinement ultimately aimless. Mother’s Milk wanted to kill Soldier Boy for what he did to his family decades earlier, Butcher wanted Homelander killed, and Homelander wanted his predecessor out of the picture but, ultimately, it was only the villain of The Boys season 3 whose hopes were fulfilled.

Related: The Boys Secretly Revealed Who Could Kill Homelander (It’s Not Soldier Boy)

Mother’s Milk spent season 3 acclimating to his daughter’s relationship with her new stepfather Todd, an overzealous Homelander fan with far-right political sympathies. In a parallel storyline, he attempted to hunt down Soldier Boy and confront the supe for killing his family years earlier. When he finally faced the supe during Herogasm, Soldier Boy didn’t even bother fighting him and when he helped constrain Soldier Boy in the finale, this only facilitated Queen Maeve’s successful attempt to temporarily stop the villain. Soldier Boy went right back into cryogenic storage after the fact and Mother’s Milk was no closer to receiving justice. However, this was necessary as Mother’s Milk needed to realize that violence was necessary in the world of The Boys, much like A-Train’s season 3 arc saw him learn that violence wasn’t always an easy answer to make up for his moral failings.

Throughout The Boys season 3, Mother’s Milk says he wants to defeat supes the right way. However, when faced with Soldier Boy, it is clear this idea is laughably misguided. Similarly, when Mother’s Milk snaps and attacks his daughter’s new stepfather, he finally sinks to the level of the rest of the cast and proves that violence can be necessary depending on the context. Unfortunately for everyone involved, Mother’s Milk metes out his only violence of The Boys season 3 on an already unhinged Homelander supporter, pushing the loathsome Todd even further into extremism and leaving him cheerleading Homelander’s violence in the finale. Had Mother’s Milk (like Hughie) taken Compound V earlier in The Boys season 3, this same energy could have gone into fighting Soldier Boy and possibly taking down the killer villain, saving Queen Maeve from serious injury and numerous minor characters from their deaths.

The Boys Season 4 Will Be Harder For Mother’s Milk

The Boys season 4 will now prove a lot harder for Mother’s Milk since he veered away from violence when Hughie and Butcher were using Compound V. Mother’s Milk missed a chance to finally kill Soldier Boy or die trying, while the violence that he did enact on Todd resulted in the character becoming an even more vile, unapologetic thug who encouraged a crowd to cheer on Homelander murdering a civilian. In season 3, Mother’s Milk shied away from violence even when it was the only option and, as a result, it will be the only choice he is left with in The Boys season 4. Much like Kimiko needed to lose her powers in The Boys season 3 to level the playing field and ensure the (anti-)heroic titular team of vigilantes didn’t have too good a chance of finally taking down Homelander, Mother’s Milk needed to be reminded that he has consistently been alright with the judicious application of violence under duress throughout earlier seasons of the series.

Mother’s Milk Is The Moral Compass of The Boys

Even more than Hughie (who can be quite innocent but is not averse to temptation, as proven by his Compound V habit), Mother’s Milk is the moral compass of the Boys. Without him, there is no guarantee that Butcher’s quest for revenge wouldn’t end up killing as many civilians and innocent bystanders as Homelander, as proven by Butcher’s willingness to take the lethally dangerous Solider Boy out of cryogenic storage in the first place solely so he would have a chance to defeat the villain. Butcher is a violent man driven by vengeance, Frenchie isn’t a leader, Kimiko has never cared much about morality, and Hughie is quick to equivocate to anyone he fears (as he admits). Mother’s Milk is the character, more than any other member of the Boys, who ensures the group is better than the supes they want to bring to justice.

As a result of this role, The Boys’ season 3 finale needed to show Mother’s Milk that his misguided pacifism wouldn’t always work in the world of the show. While A-Train killing the fascist season 3 villain Blue Hawk failed to impress his friend because they reasonably insisted that the antagonist should have been publicly proven a racist monster, Mother’s Milk’s story proved the opposite. Soldier Boy was already viewed as a villain by the public (albeit as a radicalized Russian asset, rather than the violent racist homophobe that he was), and Mother’s Milk refusing to take Compound V wouldn’t have made the public any more aware of Soldier Boy’s crimes. Mother’s Milk wanted to take down Soldier Boy the right way but The Boys season 3 finale effectively reminded the character that the right way won’t get anyone anywhere in such a brutal, morally messy series.

Episodes of The Boys are available on Amazon Prime

Homelander’s Secret Completely Changes The Boys’ Past & FutureThe Boys: Herogasm – All You Need To Know About Season 3’s Superhero PartyThe Boys’ Herogasm Beat The Hype (But Not For The Reasons You Think)How Hughie’s Powers Work In The Boys (& How Strong Is He?)The Boys Is Heading For Butcher’s Comic Ending (And It Really Shouldn’t)Homelander vs Soldier Boy: Who Would Win & Who’s More Powerful?Does Homelander Die In The Boys Comics (& How)?Why Kimiko Can’t Speak In The Boys