Home Entertainment The ending of “Batman” proves that Robert Pattinson needs something more than... 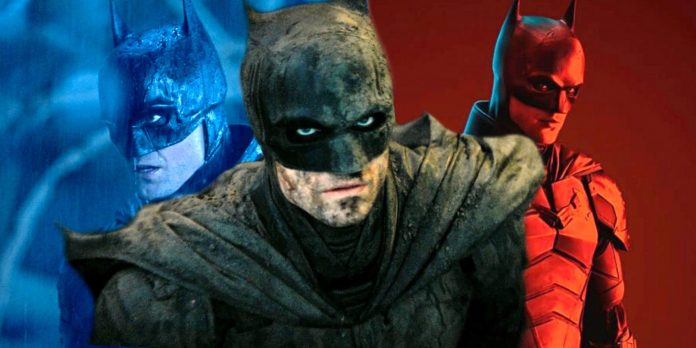 The finale of “Batman” is a story that is not limited to a movie trilogy. All the previous Batman actors had their strengths and weaknesses, and they all had very different tenure as the Dark Knight. Michael Keaton’s Batman starred in two Tim Burton-directed films before leaving Joel Schumacher to reboot the franchise with Val Kilmer under the hood, and in turn, both Val Kilmer and George Clooney wore a Batsuit in only one movie each. And while Ben Affleck is the actor with the most big—screen appearances as Batman so far, Christian Bale was the one with the most solid arc as he starred in the complete trilogy that followed Batman from his origin story to his supposed death.

Now Robert Pattinson’s Batman promises to delve into the history of the Dark Knight. Batman showed the early days of the Caped Crusader, when he is just beginning to understand what role he should embody in Gotham. Although the underworld of Gotham is already afraid of this newcomer, but cruel Batman, he still has a lot to learn in terms of detective skills, fighting crime and working with unexpected allies. The critical and commercial success of “Batman” proves how ready Matt Reeves is for a complete trilogy, but the story of the first film also proves that he must go beyond three films.

By topic: “Batman’s Gotham” masterfully combines the worlds of Burton and Nolan

Matt Reeves is more than capable of creating a series on par with famous comic book trilogies such as MCU’s Iron Man, Nolan’s Dark Knight and Sam Raimi’s Spider-Man. a full journey into a simple three-act structure would probably require a lot of shortening. This was a problem in Christopher Nolan’s Dark Knight trilogy, where Batman barely had time to establish himself as the protector of Gotham when he had already retired for eight years, only to return for the last time. Christian Bale’s Batman has only been active as Batman for a few months, and there’s not much the Dark Knight trilogy could do to fix that without rushing his story.

The moment Bruce Wayne realizes that his real goal is to become a beacon of hope in Batman marks a big step in the right direction. The future sequel will have to follow Batman as a more experienced hero, but the last part of the trilogy will only shorten his story. Instead, the third installment of the longer Batman franchise may continue to challenge Batman’s values, and several other appearances will show how far he has come since he was an impulsive vigilante.

Although Batman does not seek to create such a colossal franchise as KVM, he can learn from the development of various KVM heroes. For example, viewers witnessed how Steve Rogers transformed from a skinny kid in the 1940s to an old hero in the 2020s during a real decade and seven appearances on the big screen. Similarly, viewers could see the gradual development of Batman’s entire career. The high quality of “Batman” ensures that there will be no need to reboot Batman again before they get the chance to witness his full journey.

In addition to the full character arc, the expanded Batman franchise allows many iconic Batman villains and allies to coexist in the same universe. Many different Batman-related characters have debuted in the past, but they only shared the screen with Batman in one or two movies before another actor appeared, which actually put their relationship back on track. Ideally, by the time Batman retires, he should have interacted with dozens of iconic DC characters, and viewers should feel like they’ve seen it all through Batman’s eyes.