Home Entertainment The End Of An Era: The Next FIFA Could Change Its Name 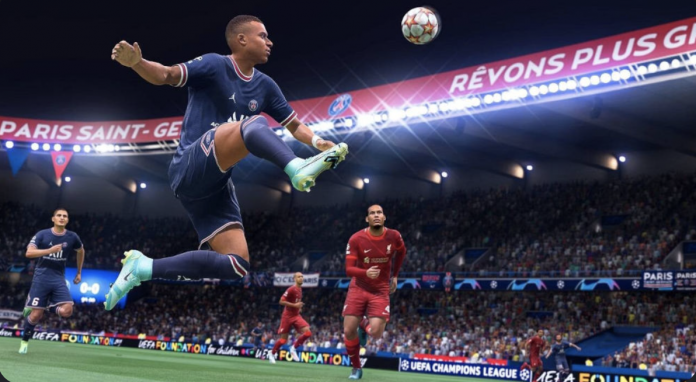 Electronic Arts is evaluating the possibility of renaming the FIFA series, ending a long tradition that began in 1993

This news is undoubtedly surprising: FIFA, the football simulator series, could change its name. That’s what Electronic Arts recently revealed in the press release celebrating the launch of its latest installment.

That is, FIFA 22. According to the company, in its first weekend it reached 9.1 million players, accumulating 7.6 million Ultimate Team teams and 460 million matches.

In the document you can read Cam Weber, from EA Sports, say ‘while we are only at the beginning of our journey with you in this year’s game, we are also focused on where we are going from here’.

He goes on to say ‘we are here to create the best experiences for soccer fans everywhere… As we look to the future, we are also exploring the idea of ​​renaming our world soccer games from EA Sports.’

Weber is the executive vice president and group general manager of EA’s sports division, so his words should be taken very seriously.

To the above, he added, “this means that we are reviewing our naming rights agreement with FIFA, which is independent of all our other associations and official licenses throughout the world of football.” The latter is something the company has been doing for years.

Since 1993, which was when the first game of the franchise came out, it sought to have the majority of professional soccer teams in the world represented. His individual agreements include those of the UEFA, Premier League and other associations.

The fact is that in 2022 an agreement that Electronic Arts signed with the International Federation of Association Football or FIFA also expires, which is precisely where the name of the game comes from.

Some believe that EA wants to renegotiate with the federation the use of its name. At the same time, it warns consumers that there could be a change if things don’t go well.

It is a ‘tug of war’ between both entities and we will have to see how things will end. Curious that Pro Evolution Soccer also changed its name to eFootball. Things some take for granted are changing unexpectedly.

The Flash: Season 8 of The DC Series Will Start With...