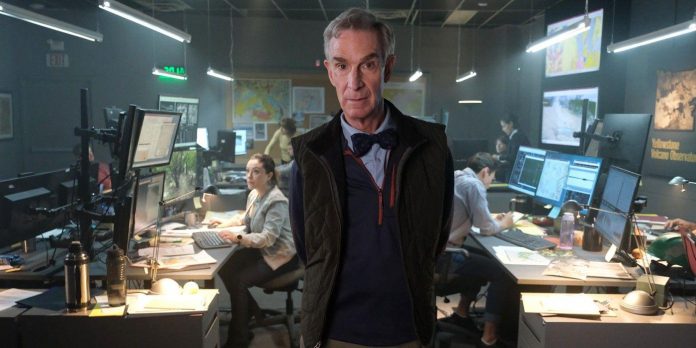 Bill Nye is returning to television—this time streaming—in the trailer for his new series, “The End of Nye.” On behalf of the famous scientist, educator and climate advocate Bill Nye, the new series will tell about various events that can lead to global catastrophes. Nye is best known for his work on the cult children’s show “Bill Nye, the Science Guy”, whose goal was not only to teach, but also to entertain children. The hugely successful show won 19 Emmy Awards, and Nye’s humor and teaching style captured the hearts and minds of both children and adults. Now fans have seen his new series for the first time.

Peacock recently unveiled the trailer for The End Is NYE, which will begin streaming on August 25. The trailer shows that the show will consist of 6 documentary series, each of which explores a different potential path to the destruction of the world. The trailer shows how Nye is fighting extreme weather conditions, fiery comets, world leaders, nuclear war and many other threats to the planet. Watch the official trailer for The End Is NYE below:

While the end of the world is a pretty dark topic to discuss, Nye seems perfectly suited to discuss a dark topic. His humor and charming presentation of facts can make complex social and environmental problems understandable. It looks like Nye will offer positive solutions to less than joyful topics, as the trailer promises, “we can save (the earth) with the help of science.” Perhaps The End Is NYE will educate and inspire both old and new generations to strive for change and save the planet.