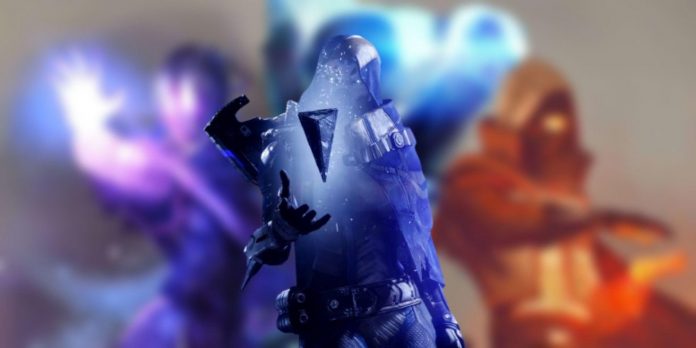 With the Witch Queen, Bungie began to focus more and more on building builds, which is conceived as an ability that Destiny 2 players have to create their own downloads by combining all the various exotic items, aspects, fragments and other elements in a certain style of play. . It’s not exactly a new concept for Destiny 2, but it was never a key part of the experience until the advent of Stasis, which changed everything thanks to its revolutionary approach to class identity. Along with Beyond Light, Bungie added Stasis as the first subclass of Darkness, and it comes with the Aspects and Fragments system, which later inspired the structure of the newly updated Light subclasses.

Starting with Void 3.0, Bungie redesigned the experience and tools that all the Light subclasses were supposed to offer, based on the same system that Stasis used, eventually improving those basics to make something even better. The Void, Solar, and Arc subclasses were able to add something new to a game that used to be ubiquitous due to predefined skill trees, and this freedom made the Light subclasses the best that ever existed. Destiny 2 meta is changeable by definition, as many things rebalance between seasons or major expansions, but all the recent buffs for Light subclasses may have made Stasis a low-quality option.

Why New Destiny 2 3.0 Subclasses Might Be Better Than Stasis

Despite the fact that the 5th year of Destiny 2 significantly improved all three subclasses of Light thanks to the Void, Solar and Arc 3.0 updates, which were supposed to bring these elements on a par with Stasis in terms of versatility and build potential, they probably surpassed Stasis in every way. Stasis used to be the main element for crowd control and ADD cleanup, but now these are aspects of every 3.0 subclass to a certain extent, which makes Stasis inherently obsolete due to the fact that it doesn’t have its own niche other than freezing and slowing down targets. This is what made Stasis uniquely stronger than anything else in the release, especially in PvP, but it’s part of the class identity that has faded over time.

In PvE, Destiny 2’s Stasis has gone from being the best choice for almost any content to a niche one, and that’s mostly because of some of the underlying issues that were present from the beginning. With fewer options in terms of available Supers, since Stasis is limited to one Super per class compared to two or more for each element of Light, as well as some outdated mechanics or perks, the subclass of Darkness is used less and less over time. Not only that, two of the three Stasis Supers are movable abilities, which means they are mostly ineffective in all PvE activities due to the overall decrease in DPS.

Although this is not always the case, Behemoth Titans are a great example due to the strange interactions between collapsing stasis crystals and the Amulet of Dawn or the Abyss Bubble from the exotic Edge of Action glaive. . The Stasis game cycle often depends on creating enough Stasis shards to maintain buffs and ability rotation, but this is not always feasible, and the Tombstone perk helped a lot in this. However, Destiny 2’s new weapon privileges are now even better than tombstone in terms of synergy with the Light subclasses, making Stasis even more backward.

Lightfall will introduce the Strand, and it is likely that it will be a shiny new thing that many players will chase, leaving Stasis even more behind in an ever-changing environment. Obviously, Bungie has spent a lot of time and resources rebalancing all the subclasses of Light in Destiny 2, and given that Strand is on the horizon, it is likely that the same process will be difficult to repeat, especially if the company intends to add another subclass of Darkness. with the “Final Form”. So there doesn’t seem to be a realistic chance that Stasis will get another pass soon, but it would be interesting to see what Bungie can do to polish it up once again.

How to fix tracker in Stray