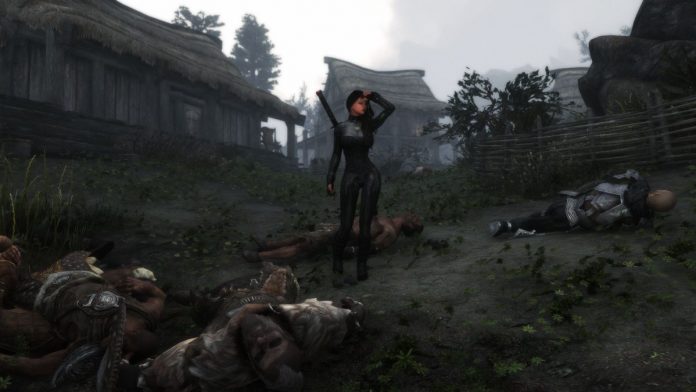 The Elder Scrolls V: Skyrim,  Bethesda’s open-world game is still in the news, even though the new installment is already in development.It is said of The Elder Scrolls V: Skyrim that it will end up even in coffee makers, a joke that even Bethesda has been a part of. The veteran role-playing video game, which went on sale in a distant year 2011, has had versions for the most current systems, which includes even the Nintendo Switch. Now, a follower has managed to eliminate not only all the characters, but also thousands of creatures.

This curiosity is collected by PCGamesN, but has been published by the user himself (Jaeinskyrim) in the Reddit forums. “It has already finished. 2,201 people / NPCs, plus 2,400 various creatures. All dead, I am alone in Skyrim ”. The publication is accompanied by numerous images showing the massacre in Tamriel. The user has put the characters of Winterhold, Dawnstar, Morthal and Solitude to the sword. Nor have those hiding in the castle of Volkihar been spared. In short, the world has become more barren than Fallout, although nature is still very much alive.

The Elder Scrolls V: Skyrim was recently improved on Microsoft’s next-gen consoles as they have used FPS Boost to improve the framerate, which now reaches 60 fps. Meanwhile, the studio continues to work on the sixth installment, which was announced at E3 2018. Since then, they have not offered any news, beyond the teaser trailer with the logo that was shown at the time, at the same time as Starfield, the new intellectual property.

Bethesda is already part of Microsoft’s internal study network. Thus, all intellectual properties of ZeniMax Media, including The Elder Scrolls, belong to those of Redmond. It has not yet been confirmed if the next title will go on sale on machines outside of the Xbox ecosystem. We will have to wait.

Quentin Tarantino named his choice for “The Greatest Movie Ever Made”

Army of the Dead: Zack Snyder Film Opens on Netflix With...