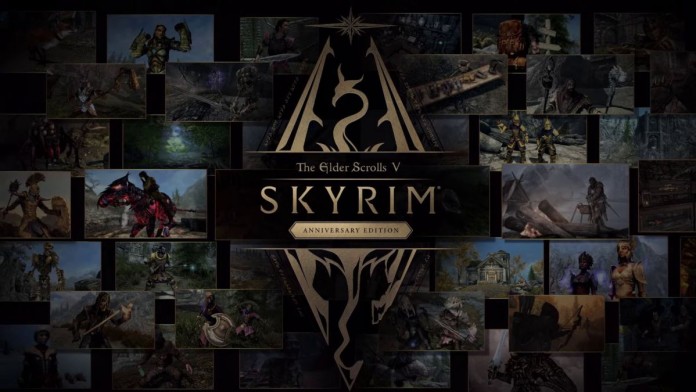 The Elder Scrolls V: The Anniversary Edition of the Bethesda classic has debuted with a few issues, but Bethesda is already working on a fix. No, we are not in 2011, The Elder Scrolls V: Skyrim has returned once again with the Anniversary Edition, which also updates the Special Edition to version 1.6 to add next generation improvements and other features. Although Bethesda has tried to keep the changes from altering the state of the game when installing mods, the update has resulted in black screens and save-game bugs even without the presence of mods. The company is aware of this and is already working on an update.

A general increase in black screens and crashes has been reported, as well as loading screens not finishing loading. On the other hand, PlayStation users assure that an old bug has returned, the one that says that there is no space on the hard drive regardless of the real space they have available. From the looks of it, although Bethesda has not confirmed it, this error is due to the content of the Creation Club.

“We are aware of the 0kb error that some PS4 players are experiencing, as well as the black screen issue. The team has been working on a fix for these issues (it is taking longer than we would have liked), so we hope they will be resolved as soon as we can. “According to the developers, the patch will probably be ready early in the week. coming.

The Elder Scrolls V: Skyrim is an open world RPG that has been triumphing since its launch. It has been released in three different generations and even on Nintendo Switch, but its commercial career has not yet written its final chapter. Meanwhile, Bethesda is working on the development of its ambitious Starfield, a new science fiction intellectual property that will be released on Xbox Series X, Xbox Series S and PC on November 11, 2022. And what about The Elder Scrolls VI? At the moment, they are immersed in their design phase.