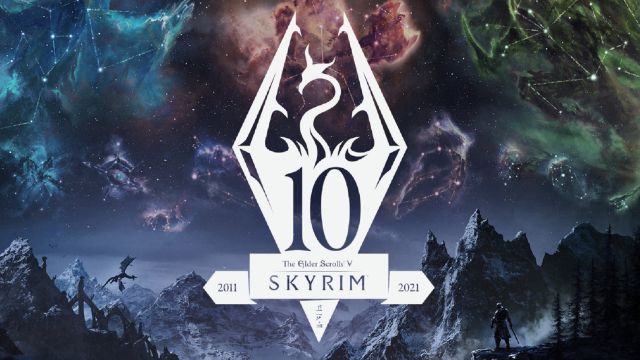 The Elder Scrolls V: No, it does not come out in refrigerators, but the title returns with all its content, optimization for the new generation and news for the Special Edition The Elder Scrolls V: Skyrim never left, it is always there, crouching, waiting to return to the shelves with a new version. On its 10th birthday, Bethesda has announced the launch of the Anniversary Edition, which will be available on November 11 on Xbox One, Xbox Series X, Xbox Series S, PS4, PS5 and PC. Previous generation versions will introduce a free update to the new one.

“We are excited to announce the most definitive edition of Skyrim to date, The Elder Scrolls V: Skyrim Anniversary Edition. In addition to the three free items from the Creation Club, this version includes the full game as well as the three expansions and more than 500 pieces from the Creation Club, including new missions, dungeons, bosses, weapons, spells and more. ”

The new generation version, also free in the Special Edition

Meanwhile, those who have The Elder Scrolls V: Skyrim Special Edition on any platform (including Xbox Game Pass) will have access to the three Creation Club contents mentioned above: Fishing, Survival Mode and new missions. In addition, the update to the new generation will be free for all those who already own this edition, so they can enjoy the game optimized for Xbox Series X, Xbox Series S and PS5. From Bethesda they also report that the Special Edition can be updated to the Anniversary Edition, but at the moment they have not detailed the price.

Bethesda is currently working on the development of Starfield, a new intellectual property that will take us to space on November 11, 2022. After a decade of Skyrim (it came out in 2011), you wonder what happens to The Elder Scrolls VI. It was announced at E3 2018, but they will not fully focus on its production until Starfield goes on sale, so everything seems to indicate that there is a lot of time left for us to enjoy a new adventure in the fantasy world of Bethesda.

Jimin Bites Jungkook As a Defense, What Happened Between The Idols