Home Entertainment The Elder Scrolls Online Reveals Details of the Next DLC and Major... 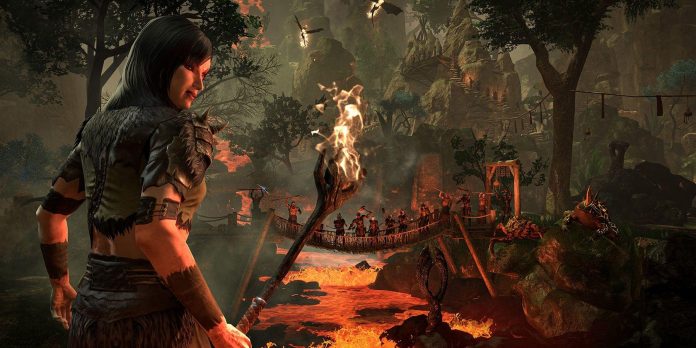 The Elder Scrolls Online is preparing to release its next story DLC, FIresong, which will take players to the islands of the Sistres archipelago, where they will have the opportunity to learn more about the knowledge of the druids of Tamriel. Along with the story DLC, there will be the next major free update of The Elder Scrolls Online, dedicated to balance changes, bug fixes and quality of life improvements.

The Elder Scrolls Online moved the world of Tamriel into an MMORPG setting with impressive scale and detail back in 2014 and has been constantly evolving since its release. Dozens of major updates, such as the One Tamriel key update, which allowed all players to freely explore every area in the game regardless of level, have changed the gameplay of The Elder Scrolls Online, and the consistent release schedule of add-ons and DLC has brought many additional quests. , locations and even new classes. Since the game is a free MMORPG, it is extremely important for the game to introduce new content and updates in order to maintain interest in its huge player base.

Firesong is due to be released on November 1 for PC and November 15 for consoles, and like most DLC for The Elder Scrolls Online, will be included in an ESO Plus subscription or will be available for purchase for 2000 kronor. In Firesong, players explore the druidic home of Tamriel, the fertile and densely forested island of Galen. The region will contain all the expected gameplay features of the zone in The Elder Scrolls Online, such as new world bosses, dungeons, many side quests and a central separate storyline. Completing the Firesong and High Isle chapters will also unlock new bonus quests that will complete the one-year Legacy of the Bretons story, so players interested in finding out the final fate of the Systres Archipelago will have to go through DLC.

We hope that in addition to Firesong, a major free update for The Elder Scrolls Online will improve many aspects of the game. Players will be able to place target markers on enemies, which is a very useful feature for raiders, and the new text-to-speech accessibility option should help players who may have difficulty reading text. Player class pets such as bears and familiars can now be hidden in the city, which should improve performance for some players and reduce the annoying mess around craft stations. Naturally, a number of bug fixes and balance adjustments will be applied in the update, such as the reworking of the Guardian’s passive skill “Piercing Cold”, which now increases damage when using the Ice Staff.

There has been some controversy over the recent update of The Elder Scrolls Online due to significant changes made to the game’s combat system, and it doesn’t look like the upcoming Update 36 will do anything to undo these changes. Despite this, the game is still one of the best free MMORPGs on the market, and it’s worth a try.