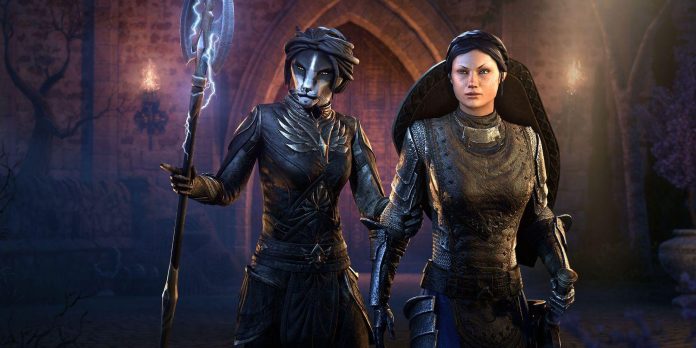 Update 35 for The Elder Scrolls Online is currently on a public test server, and it makes major changes to how light and heavy attacks work, as well as a major change in damage-dealing abilities over time. While the adjustments are intended to narrow the gap between the lowest-performing and highest-performing players, veteran Elder Scrolls Online players express their concerns about the proposed changes.

The Elder Scrolls Online has been undergoing constant changes since ZeniMax MMORPG was launched back in April 2014. Like any MMORPG, The Elder Scrolls Online has had numerous expansions, additional story chapters, new character classes, and brand new game mechanics added over the years. Some changes made to its major updates have completely changed the game, such as the One Tamriel update, which allowed players to complete quests in each game zone regardless of their level or chosen faction.

The next major update for The Elder Scrolls Online is just around the corner and is currently being evaluated on a public test server. The two most significant changes that will appear in the update will change the combat balance of the game. The standard practice of dealing damage involves “weaving” or using light attacks between uses of abilities. These mixed attacks account for up to 20% of the player’s total damage. Update 35 will force these attacks to deal fixed damage regardless of stats, reducing the performance gap by about 10%. Buffs, debuffs, and abilities that deal damage over time are also revised: their duration is basically doubled, and their strength per second decreases. This relieves the stress associated with maintaining uptime without compromising the overall strength of the ability.

The update will also introduce another DLC for Elder Scrolls Online, The Lost Depths. The Lost Depths will include two new dungeons for 4 players: Earthen Root Enclave in High Isle and Graven Deep in Amenos. In the new dungeons, unique sets of items and masks of Undaunted Monsters will drop out, as well as their own achievements, earned titles and unlockable body and face markings. Along with new content and balance adjustments, there are countless bug fixes and minor changes that span the entire game, including changes to the new Tales of Tribute card game.

Although new DLC is always eagerly awaited, Elder Scrolls Online players have voiced their concerns about changes in combat, especially damage over time. Most non-boss enemies don’t last even 10 seconds in combat, which makes 20-second abilities that deal periodic damage extremely useless. This harms players who rely on abilities that deal damage over time, and may force players to adjust their builds. Let’s hope ZeniMax manages to find a satisfactory balance that won’t step on your toes too much.