Home Entertainment The Elder Scrolls 6: Explanation of the most important places of High... 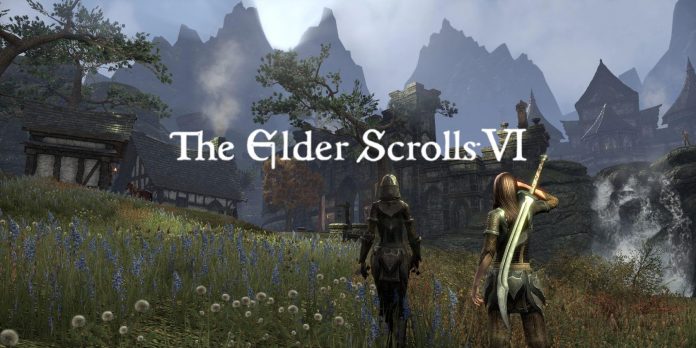 Ever since rumor about the long-anticipated The Elder Scrolls 6 began, the primary question has always been about where the game could potentially be set. With mainline Elder Scrolls titles usually being set within their own unique province in the world of Tamriel, there are a few relatively unexplored areas that have dominated the aforementioned discourse.

One of the most talked about potential settings for The Elder Scrolls 6 is the province of High Rock. A relatively secluded and mysterious land, High Rock has a plethora of fascinating locations that could feature in the next Elder Scrolls installment.

RELATED: The Elder Scrolls 6: The Political Factions of Hammerfell Explained

Undoubtedly one of the most well-known major cities within all of High Rock is Daggerfall, which itself was the primary setting of the iconic The Elder Scrolls 2: Daggerfall. The city of Daggerfall is the power seat of the Kingdom of Daggerfall, one of the eight major Kingdoms in the province. Widely considered to be the capital of the province, no game set within High Rock would be complete without featuring Daggerfall.

Located atop a mountain and being one of the largest settlements in the resource-rich Iliac Bay, Daggerfall is considered one of the most powerful city-states in all of Tamriel due to the amount of trade that it commands. Surrounded by alpine coves that are known to house sinister beasts and nefarious groups, Daggerfall would be one of the most varied and engaging locations that would feature in a High Rock situated Elder Scrolls 6.

Another location that would have to feature if The Elder Scrolls 6 was centered around High Rock is the region of Rivenspire. The Rivenspire region of High Rock holds major historical and political value within High Rock, and would likely be the source of High Rock’s geopolitical quest-lines.

Rivenspire is the land of the great Bretonic houses of Montclair, Tamrith, and Dorell, who are each locked in a political stalemate over the region. With the land of Rivenspire containing a plethora of ancient tombs and battle sites, its value in any form of storytelling and world-building in a High Rock setting cannot be understated. One such example of an ancient ruin within Rivenspire is present in the Crypt of Hearts, which holds the remnants of a historic school of destruction magic. The location has huge importance in outlining the heritage of High Rock’s indigenous Breton race, who are said to be imbued with ancient and innate magical abilities.

RELATED: Skyrim: 6 Things That Could Have Improved The Game (& Should Be In TES 6)

Another bustling and densely populated city within the High Rock province is Wayrest, considered to be one of the most affluent and strikingly beautiful cities in all of Tamriel. The crown jewel of High Rock and one of its eight major kingdoms, most of Wayrest’s custom and wealth can be attributed to its close situation to the Bjoulsae River.

A strongly fortified city, Wayrest is deeply religious and dedicates its worship to the Divine deity known as Akatosh, who has been mentioned frequently throughout The Elder Scroll’s history. Perhaps one of the most interesting factors about the city is that it is home to the Montalian Clan of vampires.

The Isle of Balfiera is one of the few islands that fall under the province of High Rock. One of the largest islands within the aforementioned Iliac Bay, Balfiera is most known for being the home of an ancient and long-standing High Elven family known as the Direnni Hegemony.

Elven species are closely tied to the province of High Rock, with the indigenous Breton people thought to be distant descendants of historic Elven beings, hence the former’s unusual affinity for magic and similar physiology to Elven-kind. The Direnni Hegemony holds particular importance when considering the history of High Rock, with the group originally controlling almost the entirety of High Rock before its eventual collapse due to the rapid growth of the Breton population. With how it would allow players to explore such a momentous factor of High Rock’s history, the inclusion of Balfiera in The Elder Scrolls 6 would be of huge importance.

Another massively influential place within the province of High Rock is the major city of Alcaire. Due to its size and importance to major events that concern the entire continent, it would be remiss of The Elder Scrolls 6 to not prominently feature Alcaire, should it be set in High Rock.

Alcaire is the capital of a large and populous fiefdom that encapsulates the wider area, worshipping its own unique deity in the form of Kynareth. The city of Alcaire is well known for being the alleged birthplace of Tiber Septim, the founder of the notorious Third Empire and a hugely influential figure within the overall history of Tamriel. Alcaire is additionally home to the Alcaire Knights, a knightly order that has been bound to protect the shores of High Rock from invading forces dating all the way back to the Second Era.

Although it is currently up to conjecture whether The Elder Scrolls 6 will be set within High Rock, it remains that the important locations of the province would make for a fascinating gameplay experience.

Kirby Will Celebrate Its 30th Anniversary With An Online Concert: Date...