Home Tech The effects of censorship in China on the game and movie industry! 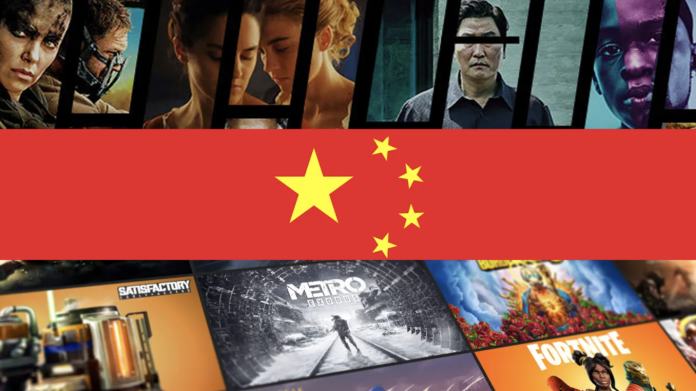 The gaming and movie industry is no longer as bold as it used to be. Major studios shape almost all of their productions in China.

China aimed to control film, radio and press through the Propaganda Department, which it established in 1924. This department has the authority to censor and remove undesirable ideas, words and images from the production by controlling all the films that will be broadcast in Chinese cinema.

The same department also has a say in radio and television in China. It has also been revised over the years and strengthens the hand of the Chinese government due to its vague rules. Here is the effect of censorship events in Asia on the game and film industry over time…

Shaping the Film and Game industry according to China

This also applies to games today. For example, Steam, a popular digital game platform in the world, has a special version in China. While the number of games on Steam, which we normally use, exceeds hundreds of thousands, it appears as hundreds in the Chinese version. There is even a special version of the popular game Counter Strike: Global Offensive for China. This version includes different animations and weapon skins. Skull-headed weapon skins have been removed from the game, especially in Chinese culture, as skulls have bad connotations and symbolize death.

This Chinese censorship was of little concern to the rest of the world, until China’s commercial potential increased. China has a population of more than 1 billion, and in recent years, the purchasing power of the Chinese has begun to rise. With the rise in purchasing power, this crowded population has attracted the attention of major movie and game companies around the world. At this point, the Chinese government was entering between the aforementioned companies and Chinese consumers.

The Propaganda Department, which came into effect in its revised form in 1988, was restricting companies in other countries. Companies would either comply with these rules or they would not be able to enter the Chinese market. At this point, many companies followed the rules set by the department in question.

The Chinese State Press and Broadcasting Administration, affiliated with the Propaganda Department, has so far banned 71 films in countries. This department directly bans movies that may cause confusion in the country or that it thinks are propaganda of other countries. Although the department was established close to the present day, it also banned previously released films. Among the banned films are Chinese productions.

Some movies banned in China:

The films listed above that have been banned so far have very strange reasons for being banned. But one of the reasons why World War Z was banned is very interesting. There are two reasons why this movie was banned. The first is the connotations of the skull in Chinese culture, as we mentioned above, because there are zombies in the movie. Second, Brad Pitt is in the movie. Because Brad Pitt previously acted in the movie Seven years in Tibet. For these two reasons, World War Z was banned in China.

Banned include all films shot prior to the Communist Chinese regime and in Hong Kong. We see that not a single studio’s films are banned in the lists, MARVEL. There is nothing in Marvel movies that will disturb the Chinese government. This is because it does not contain excessive violence and propaganda against China. In Marvel movies, villains do not usually belong to a race, but rather appear as aliens or robots. We also know that in many of the films the studio has shot, races come together to fight against robots or aliens. For this reason, although the Chinese government has not yet banned any Marvel movies, it has requested that the scenes in some Marvel movies be changed.

In Iron Man 2, for example, the voices where the actors call “Russia” and “Russian” are muffled and the subtitles are untranslated. Another Marvel movie whose scenes were cut or changed was Logan. Some scenes containing extreme violence and nudity were removed from the film. Marvel’s careful stance has made many people think that the Studio is making films according to the rules of China.

The number of banned games in China is quite small. To date, 16 games have been banned in China. These include Battlefield 4, Hearts of Iron, Free Fire, Fortnite, Paladins, Comand & Conquer: Generals and Football Manager 2005.

Battlefield 4 was banned because they portrayed China as an invader and there were operations over China. In addition, the Chinese government stated that the cultural occupation symbolizes in Battlefield 4.

In other words, Germany has so far banned more games than China. Prohibitions aside, there are some rules companies must follow over China.

If game and film makers want to sell any of their products in China, they have to follow some written and unwritten rules within the country. The unwritten rules consist of certain ethnicities and superstitions. This uncertainty within China further strengthens the government’s hand because it can ban the productions they want or ask for them to be changed. Because the written rules are vague and constantly changing, companies learn these rules through trial and error.

In 2018, China’s State and Press Release Administration issued new guidelines for every game entering the country, imposing strict restrictions not only on content but also on video game consumption. At the beginning of July, Tencent began using facial recognition technology to prevent children from playing games between 10 pm and 8 am. Still, there is no question of a radical ban on the gaming and film industry. China is currently a huge market for the movie and games industry.

China is expected to have a share of $27.3 billion in the gaming market in 2023. It is also predicted that the global gaming industry will have a market share of 200 billion dollars in 2023. In addition, the share of the Asian game market in 2020 was reported as 78 billion dollars. China accounts for only $27 billion of this great Asian region. Since no game company wants to miss such a large market share, most of the games they release are developed in a way that will not be banned by China.

China, which has become a big market over time, has attracted the attention of all companies in the entertainment industry. Especially the game and movie industry continues to grow in China, and companies produce games and movies based on China. Previously, the scenes/sequences that could be banned in games and movies were removed by the developers. But nowadays, studios are hesitant to put scenes/sequences that could be banned, as the increase in development costs makes this job more difficult. Because banning a production from any market means loss of income for that studio.

It is not yet clear whether the fog of uncertainty over China’s bans will lift or become more moderate. For now, the game and movie industry seems to continue to take shape according to China.