Home Entertainment The Dreaming, The Movie: Monsta X Will Take Cinemas Around The World 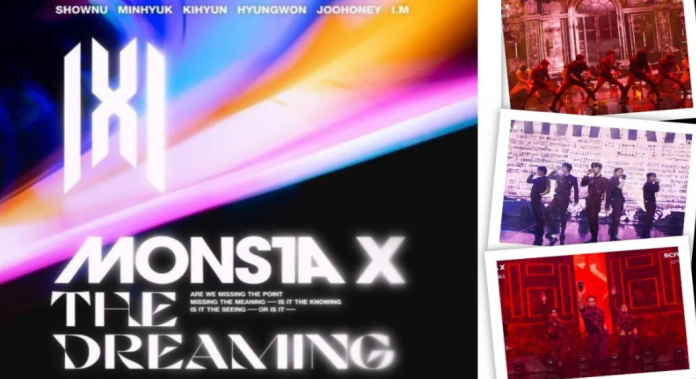 MONSTA X will premiere ‘The Dreaming, the movie’, a production that we can enjoy in theaters around the world, know all the details and do not miss the idols.

MONSTA X idols have prepared great surprises for their fans that will be released in this finale of 2021, for November they will have their comeback in Korean, with ‘No Limit’ they will once again take over the stages and all MONBEBE’s senses; This new mini album is already in pre-sale.

Very shortly after, in December they will release ‘The Dreaming’, their second album entirely in English that has their fandom full of emotion, the MX artists will show all their power and energy in a language other than their own and will begin to have face-to-face concerts with ‘Jingle Bell’.

At the beginning of 2022 they will start with their world tour that, for now, only has confirmed dates for the United States and Canada, but the world will be ready to enjoy many new songs from this boy band and MONSTA X live performances will be something that no one will want to miss out.

Although we must not anticipate 2022 to think about a great MONSTA X event, because in December they will also release their film with which they will reach theaters around the world and will have a lot of content that their fanbase will enjoy like never before.

‘THE DREAMING, THE MOVIE’ WILL TAKE MONSTA X TO CINEMAS AROUND THE WORLD

The MONSTA X movie has been confirmed, the idols released the name of their first film, their poster, and in which countries we will be able to enjoy this new production that will feature interviews with the idols and a concert with their best hits.

‘The Dreaming, the movie’ will be super special because it is designed for CGV Screen X screens that surround the viewer and their gaze, so as not to lose detail of everything that this MX movie will bring to the world, what emotion!

IN WHICH COUNTRIES WILL THE NEW MONSTA X MOVIE BE RELEASED?

The list of countries in which we can see the MONSTA X movie is quite extensive, there is Mexico, Argentina, Chile, Colombia, Spain, the United States, Canada, among many others; tickets go on sale next November 4. 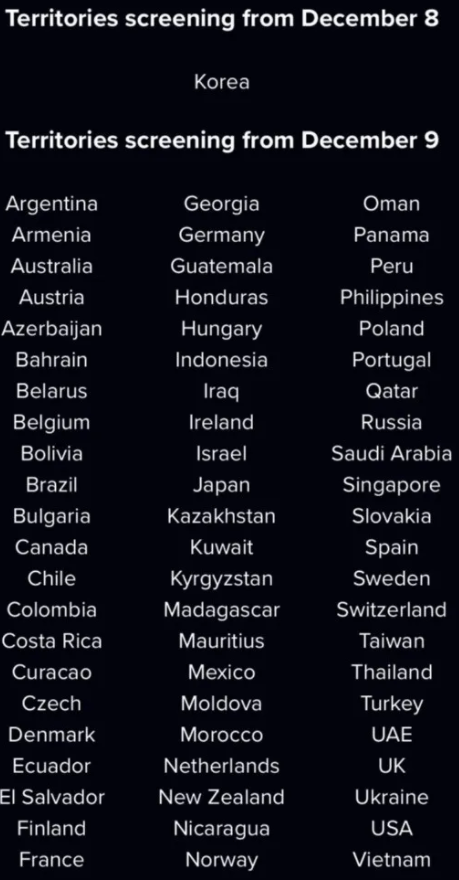 What a thrill! We hope it reaches several states of the countries so that MONBEBE from all over the world can enjoy it.

WHEN IS THE MONSTA X MOVIE RELEASED?

December 9 will be the premiere date of ‘The Dreaming, the movie’, although it will also have performances on December 11, so on both dates you will be able to enjoy the first production of this type premiered by MONSTA X. 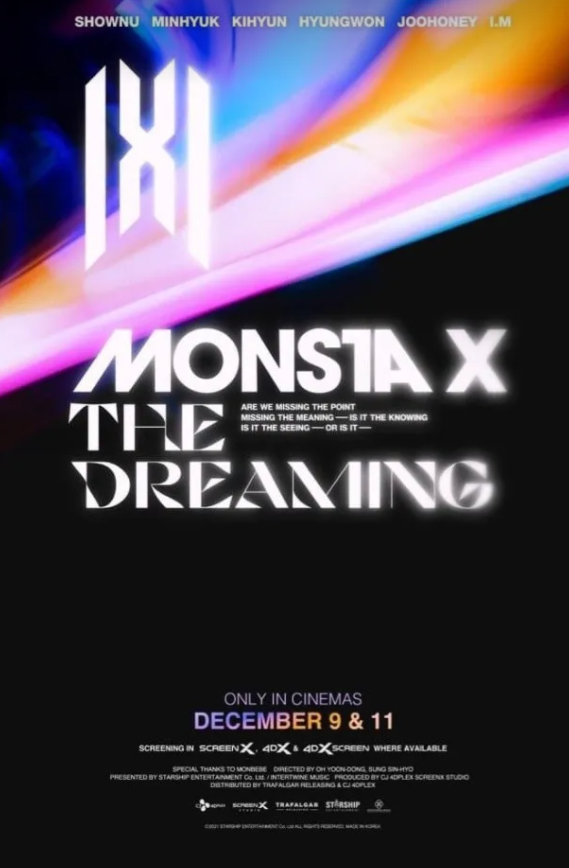 Shownu, Minhyuk, Kihyun, Hyungwon, Joohoney and I.M will be part of this amazing film for which we can no longer wait, the emotion of MONBEBE is at its maximum and it will be less and less to see it.

But while we wait a little longer to see ‘The Dreaming, the Movie’, learn more about MONSTA X’s English and Korean releases.