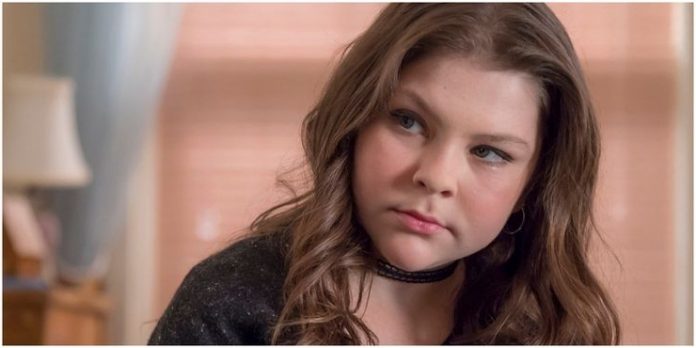 NBC will air tonight the next episode of season 5 of This Is Us, the favorite family drama of all fans.

As fans already know, on the latest episode of This Is Us aired in 2020 just before the first half season hiatus, Kate was making surprising revelations about her teenage past.

Kate Pearson revealed to her husband Tobby that she took a pregnancy test while having her love affair with Marc on This Is Us. Through Flashbacks, fans were introduced to that devious moment from Kate’s past.

Fans who watched the previous episode of This Is Us could tell from the scene that Kate took what appeared to be a pregnancy test. However, some viewers realized when they read the box that it was an ovulation test.

In the immediate aftermath of the last broadcast episode of This Is Us, fans began to question Kate Pearson’s alleged proof in the past. Therefore, they took to social networks to express their expressions in this regard and theorize what is to come. This is what the fans said:

“What a powerful episode! Almost perfection … I’m just saying almost because Kate opened an Ovulation Test NOT a Pregnancy Test! UGH! I thought This is Us was perfection!?!?!? Hahaha Great work The last 5 minutes were amazing inspiring. ”

“Who else is watching This is Us and noticed that on last night’s episode, it showed an OVULATION test off the mark, but then the character was taking a Clearblue pregnancy test? That COULD NOT have been an accident, something not it’s okay”.

In this sense, before the premiere of the second half of the season of This Is Us on January 6, the producers of the drama responded to make things clear about the scene of the aforementioned episode.

This was told by Isaac Aptaker to Entertainment Weekly, clarifying that Kate Pearson was supposed to take a pregnancy test and not an ovulation test. He thus he replied:

“As soon as we saw that people were misinterpreting, of course it drove us crazy. So let’s let the record officially show: That was (meant to be) a pregnancy test box. ”

“This, unfortunately, was just one victim of how absolutely impossible it has been to do television this year.”

“Despite the dozens of people who watched that scene countless times before it aired, we were all so fried by all the COVID (filming conditions) that we missed that one.”

Likewise, This Is Us executive producer Elizabeth Berger also weighed in on the error and made it the final edit. This explained to the same medium:

“You can attribute this to the Zoom edit. Usually we are all together in a bay looking at these giant monitors. And this is the moment where we think, ‘Ah, if we had been there, someone would have seen it!'” .

“But everyone works so hard around the clock under these crazy circumstances. And every now and then, they’ll give you an ovulation test when you want to have a pregnancy test box. “

Amazon Prime: the 10 best movies of the moment