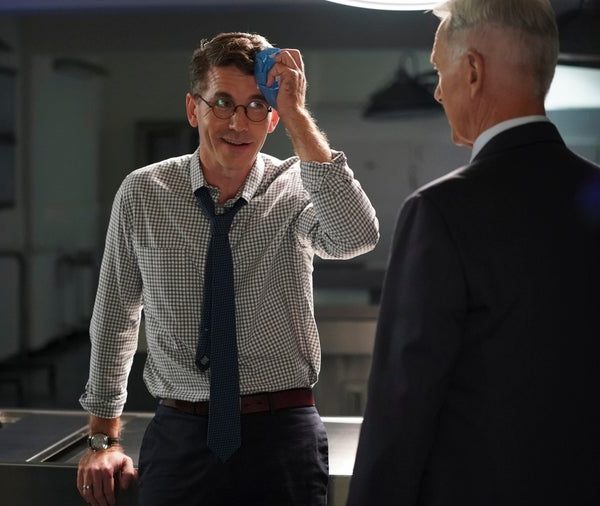 On Tuesday, February 10, fans received another episode of season 18 of the fan-favorite crime drama, NCIS, via CBS.

Just as promised last year, with a jump in time, NCIS season 18 finally addressed the coronavirus pandemic in the latest episode aired this week, leaving all fans in shock.

It was through episode 7 of season 18 of NCIS, that the tragedy returned to the crime drama with the death of a character. Jimmy Palmer’s (Brian Dietzen) wife, Breena, passed away from complications from the virus.

In this sense, the actor who plays Jimmy Palmeren on the CBS series, Brian Dietzen, referred through an interview with Entertainment Tonight how the death of his wife will impact his character. This the actor shared:

“They had told me this was going to happen, that Jimmy was going to lose his wife before I received this script. The producers let me know that we want the arrival of COVID to hit our team.”

“And yet we don’t want to lose a member of the team. So the prospect of Jimmy losing his wife, the most optimistic member of the team losing someone, came to the table and they thought it would be a great narrative mechanic, although very, very sad. ”

“So they moved on. They notified me in advance and I prepared, I guess, emotionally.”

In this sense, the NCIS actor revealed that Jimmy will have to process the death of his wife. A loss that he must overcome, but without neglecting his “eternal optimism”.

According to the actor, this was something that the entire team behind the scripts agreed with. The idea is to keep Jimmy as the light of the team at NCIS, albeit processing the death of his wife.

BLACKPINK will premiere How You Like That on the show of..