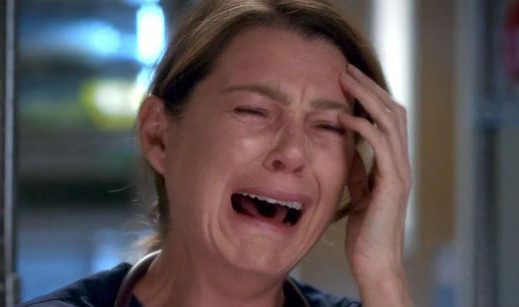 Created by Shonda Rhimes, Grey’s Anatomy debuted on ABC in 2005. It was so well received by critics and viewers that it has lived for more than 10 seasons and shows no signs of stopping.

Meredith married Derek Shepherd (Patrick Dempsey), a renowned neurosurgeon, with whom she started a family. Sadly, Derek passed away on Grey’s Anatomy season 11, but his death had been revealed in the early seasons.

In Grey’s Anatomy season 1, Derek told Meredith that if she was ever in a coma, she wanted her sisters to be by her side (sadly, that didn’t happen), but a more direct reveal came in season 5 in the episode “Dream a Little Dream of Me “.

Meredith was haunted by a recurring nightmare in which Derek died in an accident, which was obviously quite unsettling for her. Little did she know that this is exactly how Derek was going to leave Grey’s Anatomy six seasons later.

Derek died on Grey’s Anatomy season 11. Sadly, Derek was in a car accident and, after many complications, mainly due to medical negligence, he was declared brain dead.

Later, Meredith made the decision to take her off life support and stayed by her side until she passed away. It is unknown if this was an intentional harbinger moment at the beginning of Grey’s Anatomy or just a coincidence.

Derek Shepherd’s death is one of the most heartbreaking on Grey’s Anatomy and it’s even worse when you look back at those little hints at the beginning of the series, especially that particular nightmare Meredith kept having.