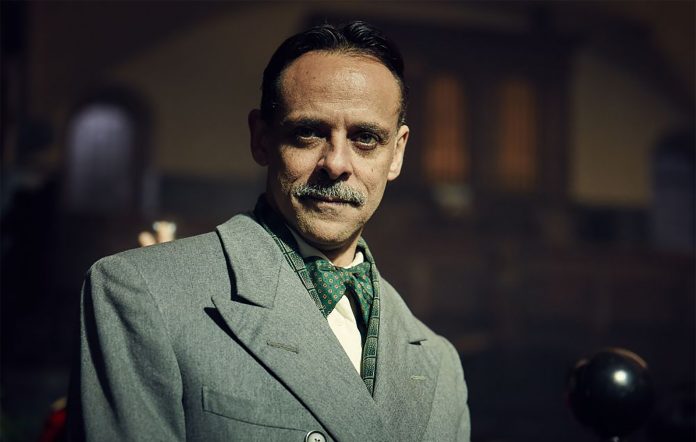 Peaky Blinders fans are waiting for the premiere of season 6, but, one of the members of the series has revealed hidden details behind the filming set, in which it seems that everyone is getting on wrong.

Actor Alexander Siddig, who played Ruben Oliver in season three, recently spoke about the situation behind the scenes of the series.

During an interview for NME, he explained how the atmosphere on set is quite serious and “full”, something that is usually very uncomfortable when it comes to having chemistry between the actors.

Siddig said, “It’s not fun. Is complete. People are kicking left, right and center. In addition to that, the actor added the number of characters that were in the series.

“The Peaky Blinders batch is a group of method actors.”

“You walk into a room and there’s a bunch of them sitting around a table singing Peaky Blinders songs and you say, ‘Excuse me, wrong door.’

“They have a pack mentality and hang out together, they are fierce.”

Despite this, the star added how personable the actors were, once they are out of fiction and enter reality away from their characters.

He continued: “They are lovely people, obviously, but they are in their characters.

“You are usually on a TV show or movie and people are not in their characters. They are just going around and around, but no way, in this case that wasn’t happening. ”

Of course, this is just a single actor’s perspective of filming on the show with many others opening up about their own experiences.

Some time ago Aunt Polly’s actress Helen McCrory previously revealed that the mood on set is very concentrated due to how quickly they have to work.

Alexander Siddig recognized that all actors are great people and serious in their work, something that perhaps impressed him, by the way in which they delve into their characters.

Netflix: these little-known series that you shouldn’t miss!

SO IT REACTED TAO TO BE CONFUSED WITH A BTS MEMBER