The US dollar began to weaken after the developments in March. Dollar depreciated by 5% against Euro; It dropped to the bottom of the last 2 years. Many hedge funds think the dollar will continue to depreciate in the coming period.

Hedge funds have begun to take a position that the dollar will depreciate for the first time since May 2018, according to Bloomberg. Realizing that the reserve currency started to weaken after the coronavirus; They think the dollar may not recover for a while. After the US government promised unlimited liquidity to support the economy against the negative effects of the coronavirus; Since the end of March, the dollar has come under pressure. These steps by the central bank and the steadily falling commodity purchases made US assets less attractive to investors.

Journalist and analyst Frank Chaparro, with the chart he shared on Twitter, said that the dollar exchange index was traded at 92.30 at a rate of 0.50% and clearly demonstrated the fall of the dollar. This index, also known as the Dollar Currency Index, has thus gone down to the bottom of the last two years. 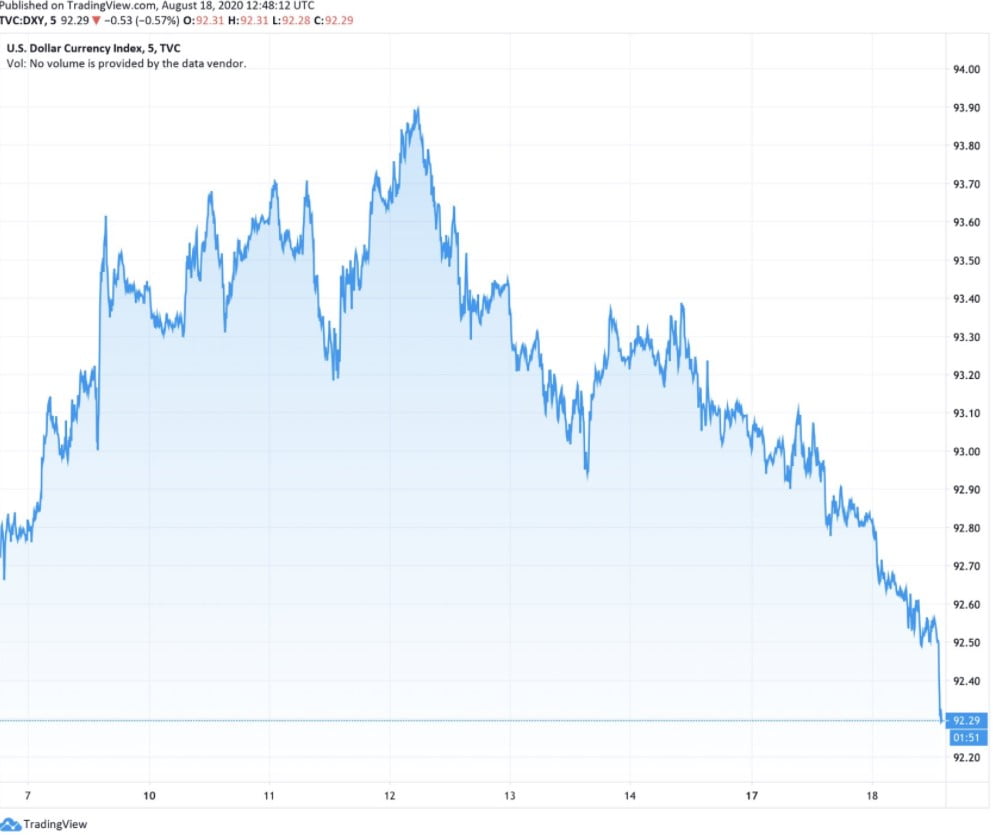 The Fed index, which is used to measure the strength of the dollar, reached record levels in March. However, this index started to move down in the following months. The decrease of 7% in this index is thought to be due to the “unsuccessful policies” followed by the USA against the coronavirus. Investors chose to invest in mines or digital currencies such as Bitcoin, which they found safer, instead of dollars, due to the increasing and inevitable spread of the coronavirus in the United States.

See Also
Today's price of the dollar and exchange rate

How Is the Future?

It is in complete uncertainty whether the dollar will enter into a recovery period, especially after the dynamism created by the atmosphere of the presidential election to be held at the end of this year and the Fed’s decision to keep its interest rates available until the end of next year.

Ashvin Murthy, founder of Singapore-based AVM Global Opportunity Fund, stated that the long-term downward trend of the dollar is clear, especially against major economies that are showing a better recovery. Murthy added that a correction could be made, but that it would only be an opportunity to sell more dollars. If the dollar wants to fix the situation, it should regain interest in the dollar rather than corrections.

Repeat Buy Signal Emitted After The Decline In Bitcoin

The Current Level of Gold, One-tenth of Bitcoin in 2017

Pringles Made a Funny Earphone for Snacks While Playing Games